As a wave of bankruptcies is still shaking the cryptocurrency market, UK banking giant Barclays has decided to purchase a stake in Copper, one of the most recognizable companies in the rapidly developing sector.

The UK-based lender is one of a crop of new investors entering a capital round for Copper, a company that includes former UK chancellor Lord Hammond among its advisors, according to a report by Sky News published on July 24.

As per sources in the City of London, it is anticipated that Barclays will invest a moderately sized amount “in the millions of dollars” as part of the round. The conclusion of the fund-raising is expected to take place within the next several days.

Dmitry Tokarev established the firm in 2018, and it has already attracted investment from several major players in the venture capital industry all around the world, such as MMC Ventures, LocalGlobe, and Dawn Capital.

It was reported early this year that Copper was eyeing a value of at least $3 billion in its most recent capital round; since then, it has scaled that back, mirroring the mounting crisis in the larger crypto-assets market.

In the last several weeks, a number of significant market players, such as Three Arrows Capital, Celsius and Voyager Digital, have filed for bankruptcy or suspended withdrawals, which has undermined trust in the industry’s historically fast development.

Copper has also been dissatisfied with the attitude taken by the financial authorities in the UK, which is what prompted the company to build a center in Switzerland rather than in the UK. 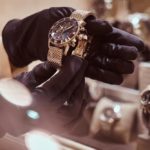