Venture capital (VC) funding deals from January to May 2022 have amassed $13.2 billion in value. In particular, there were a total of 791 VC deals, according to observations made by GlobalData.

Based on the data provided by this leading data and analytics company, this has been the highest VC funding volume for any European country during these five months. Besides taking the top spot among European markets, the UK is also among the top five global markets for VC funding.

Accordingly, the Lead analyst at GlobalData, Aurojyoti Bose, noted that the UK was a notable exception when it comes to VC funding this year.

“While several key markets such as the US witnessed a decline in VC funding value in May compared to the previous month, the UK emerged as a notable exception. The UK’s overall VC funding value increased by 14.9% in May compared to the previous month due to the announcement of some big-ticket deals valued at more than $100 million. This comes despite a decline of 4.8% in deal volume. ”

With inflation rocking the markets and a possibility of stagflation, seeing VCs ramp up investments is a welcome sign to distressed markets. Confidence in the start-up space usually signals that money is ample and good things are expected to happen for the economy.

However, market participants should keep an eye on the ongoings in the war in Ukraine to best gauge how the markets in Europe could develop as it seems that an energy crisis, not just on the continent but also globally might further disrupt markets. 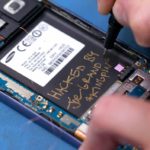 Guy locks phone with potentially $6 million in crypto; Here's how much the hacker recovered