With only three days left until the United Kingdom’s financial authority halts its temporary registrations for cryptocurrency businesses, a number of those firms have already started exploring options to relocate abroad.

Specifically, after March 31, the country’s Financial Conduct Authority (FCA) will no longer be running its temporary registration program, Bloomberg reported on March 29. This would leave a lot of the country’s major crypto companies in an uncertain position and has thus sparked fears of their mass exodus.

Moreover, the unfavorable situation has become all the more difficult as other financial bodies, including the Bank of England and the Treasury, have joined in on the closer monitoring of the crypto space.

As a result, such a strict stance on behalf of the UK authorities has put foreign crypto firms in a better position than the domestic ones, which are now forced to jump through a lot more regulatory hoops.

“Our concern with any legislation is where it unfairly impacts firms going about it the right way in jurisdiction, and by definition, drives customers to an easier location off-site. That’s a potential byproduct of some of these proposals — how on earth can that be a positive?”

If these domestic crypto firms want to continue providing their services to UK clients, a move abroad might be inevitable, with European countries such as Switzerland and Croatia opening up as potential relocation options.

Some of the major companies facing such a possibility include Copper Technologies Ltd. and Revolut Ltd. They were still on the temporary register as of March 29 but will have to discontinue their operations if their official approval misses the nearing deadline.

Only a few weeks before the press time, Finbold wrote about the FCA’s sudden decision to immediately shutter all cryptocurrency ATM operators in the country. Declared illegal under the UK Money Laundering Regulations (MLRs) and lack of FCA’s official approval, those refusing to obey are facing legal action.

Meanwhile, the British Finance Minister, Rishi Sunak, is reportedly set to make an announcement on the new regulatory system for cryptocurrencies any time soon, as Finbold earlier reported. According to the sources, this regulatory system is likely to be beneficial for the crypto industry. 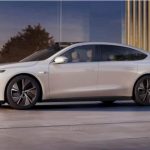 Analysts predict over 100% upside for Nio; Is it a good time to buy NIO?