As the British pound continues to weaken against the rampant United States dollar, investors seem to be turning to Bitcoin (BTC) to maintain stability.

Investors’ preference for flagship cryptocurrency is highlighted by the soaring Bitcoin and British pound trading volume. In particular, data shared by CoinShares head of research James Butterfill indicated that the GBP/BTC trading volume on exchanges hit a record $881 million on September 26. On average, the figure usually stands at $70 million per day.

Besides the pound, data shows that major fiat currencies have recorded an increased trading volume with Bitcoin. For instance, the volume against the Euro has also spiked 84.84% in the last 30 days. At the same time, volume for the USD/BTC pair grew by 66.52% in 30 days.

Based on the performance, Butterfill noted that “when a FIAT currency is threatened, investors start to favour Bitcoin.”

The shift to Bitcoin comes amid fears that British Prime Minister Liz Truss’s proposal to increase government borrowing to pay for tax cuts will worsen inflation. The situation sent the pound to historical lows, with the Bank of England forced to issue a statement of reassurance.

With Britain citizens turning their attention to Bitcoin, the scenario partly validates the notion by proponents that the cryptocurrency can act as a hedge against inflation.

At the same time, the weakness of the British pound can be considered a positive outlook for Bitcoin as it offers opportunities for the masses to shift to cryptocurrencies over the fears their savings are facing devaluation.

To this end, a recent Finbold report showed that most Brits are increasingly embracing digital currencies, having invested about £31.795 billion ($34.7 billion) in the sector. The report noted that 34% of the British population owns different forms of cryptocurrency, with Bitcoin accounting for the largest share.

In the meantime, Bitcoin continues to consolidate below the $20,000 level. By press time, the asset was trading at $19,800, having corrected by almost 6% in the last 24 hours. 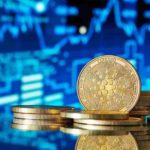