In recent weeks, there has been a lot of discussion in the United Kingdom on the potential economic benefits of Brexit.

However, there is one area of the economy that hasn’t received much attention until now: cryptocurrency. British politician Matt Hancock told The Express that Brexit provides the United Kingdom with the chance to establish a “dynamic” regulatory framework for cryptocurrencies rather than being compelled to adopt the EU’s “restrictive” structure.

The Member of Parliament also believes that the technology might open up new opportunities for the United Kingdom. When Hancock was explicitly asked whether crypto may play a role in a post-Brexit economy, he responded affirmatively:

“Yes. We now don’t have to just take the EU’s restrictive regulatory regime and instead can design our own that is more dynamic.”

Questioned on whether he has invested in Bitcoin himself, Mr. Hancock said: “I haven’t yet, but I’d consider it,” he added:

“Clearly cryptocurrencies are an investment for some, and the underlying technology has lots of potential, for example in helping make payments, and in smart contracts that have transparency built-in.”

Cryptocurrency advocates claim that it can help democratize the economy by establishing an open market.

Aside from this, they think that technological advancements will enable economies to function more efficiently by removing many of the bureaucratic obstacles to trade.

Critics, on the other hand, worry that cryptocurrency is effectively creating an unregulated market and that assets such as Bitcoin are volatile, making them dangerous investments.

On the matter, Hancock added that the UK would need to take a “regulatory approach,” in terms of adoption, he said:

“For example, to ensure adverts are not misleading, and to ensure the exchanges are sound and don’t rip people off. A regulatory regime should be liberal so that people can freely buy and sell crypto assets, but provide that underlying assurance that the markets are fair.”

On January 26, speaking to MP’s in the House of Commons, the current Member of Parliament for West Suffolk had argued the case for the UK policies being made around new innovations such as FinTech and cryptocurrencies claiming the UK could be home to the future technologies. 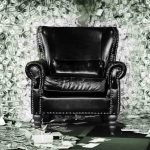