Police in the United Kingdom has unearthed a bitcoin mining facility that has allegedly been stealing electricity, running into thousands of pounds.

A statement from the West Midlands police indicates that officers were executing a drug warrant at an industrial unit in Sandwell for a suspected cannabis farm. Still, it turned out to be a bitcoin mining facility.

According to officers, the building ticked all the boxes for a cannabis farm following a tipoff that the facility was recording high human traffic alongside extensive wiring and use of ducts. Furthermore, a drone had picked up a heat source from the building.

During the May 18 raid, police seized around 100 computer units alongside mining hardware.

Sandwell Police Sergeant Jennifer Griffin notes that authorities had earlier unearthed another miner in the area. She added that no suspect is in custody since the facility was empty during the raid.

Griffin further acknowledged that bitcoin mining is not illegal.

“My understanding is that mining for cryptocurrency is not itself illegal but clearly abstracting electricity from the mains supply to power it is. We’ve seized the equipment and will be looking into permanently seizing it under the Proceeds of Crime Act. No-one was at the unit at the time of the warrant and no arrests have been made – but we’ll be making enquiries with the unit’s owner,” said Griffin.

Bitcoin mining is increasingly coming under scrutiny over power consumption. Following the asset’s recent price rally, consumption has increased. Our previous research showed that bitcoin’s estimated annual consumption was 143 TWh as of May 5, 2021, eight times more than Google’s and Facebook’s combined.

In reaction, electric vehicle manufacturer Tesla  (NASDAQ: TSLA) has suspended bitcoin payment for vehicle purchases citing bitcoin’s carbon footprint. Some crypto analysts believe it one of the key triggers for a bitcoin price correction. However, there are also increasing efforts to shift bitcoin mining to renewables. 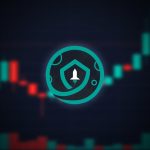 Why SafeMoon security concerns might halt asset's growth despite upgrades