United Kingdom-based property developer Knight Dragon has announced the launch of the first property tokenisation project in London with a valuation of £140 million.

The company noted that the project being implemented through its subsidiary KD Tokens Limited (KD tokens) has tokenised the economic interests in the 191-unit Building 4 that forms part of the Upper Riverside Development, in a press release shared with Finbold on June 21.

Moreover, the statement indicated that KD Tokens has already minted tokens (KDB4 ), with holders expected to share 80% of the project’s gross profit. Based on the project’s legal documents, the tokens will act as securities for the holders.

In developing the tokens, the project leveraged the services of Atom 8 Limited, a Web3 technical consultant.

According to the company’s founder, Sammy Lee, based on the London property success, there are plans to expand to other regions globally as a means of improving property ownership.

“In the same way an asset can be securitised by dividing it into shares, tokenisation allows an asset to be divided into individual tokens. The tokens represent a specific share of an underlying asset. In this case, ownership of KDB4 Tokens will represent a fractionalised interest in a contractual right to share in the gross profit of Building 4,” said Lee.

Furthermore, all KDB4 token holders are eligible to be given priority for future Knight Dragon investments on the Greenwich Peninsula.

The tokenisation approach is viewed as an initiative to tackle challenges like asset liquidity that are usually associated with most real estate projects.  With tokenisation, investors in the property can easily transfer them from one holder to another without the involvement of third parties.

Furthermore, the company acknowledged that the growth of blockchain technology and initiatives like Web3 is emerging as a key driver for change in the different sectors including real estate. 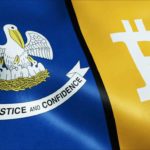