This brings the total amount collected by the organization in less than 24 hours to more than $4 million, according to a report from Elliptic.

Indeed, more than $4 million in cryptocurrency has been crypto-crowdfunded thus far for the Ukrainian military financing the purchase of armaments and medical supplies.

Interestingly, Finbold first reported the development that Bitcoin donations were streaming into Ukraine on February 8, as tensions began to mount on the Russia-Ukraine border. Ukrainian volunteer and hacking groups were fighting back by crowdfunding BTC to support the nation’s military.

Volunteer groups play a pivotal role in the conflict

For more than a decade, volunteer organizations have played a major role in the Russian-Ukrainian crisis, and they are often very closely associated with the Ukrainian government.

These organizations are supported by individual contributors who have made millions of dollars in donations via bank transfers and payment applications. During this time, cryptocurrencies such as Bitcoin have emerged as a viable alternative financing source.

Digital assets such as Bitcoin make it possible to make rapid, cross-border contributions while avoiding banking institutions that could otherwise prevent payments to these organizations from being made.

In general, the use of digital currency for charitable and giving purposes is becoming more widespread.

It is worth noting that donors to Come Back Alive, a Kyiv-based nonprofit organization founded in 2014 that was receiving fiat contributions for the Ukrainian military, have reported that the group’s Patreon page has been unavailable since Thursday, February 24 and that donations to the organization’s Bitcoin wallet have risen dramatically since then.

Patreon announced in a blog post that utilizing its services to promote military financing is against the company’s regulations and that any funds held in the charity’s account would be returned to the contributors. 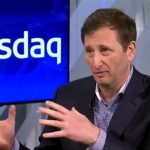