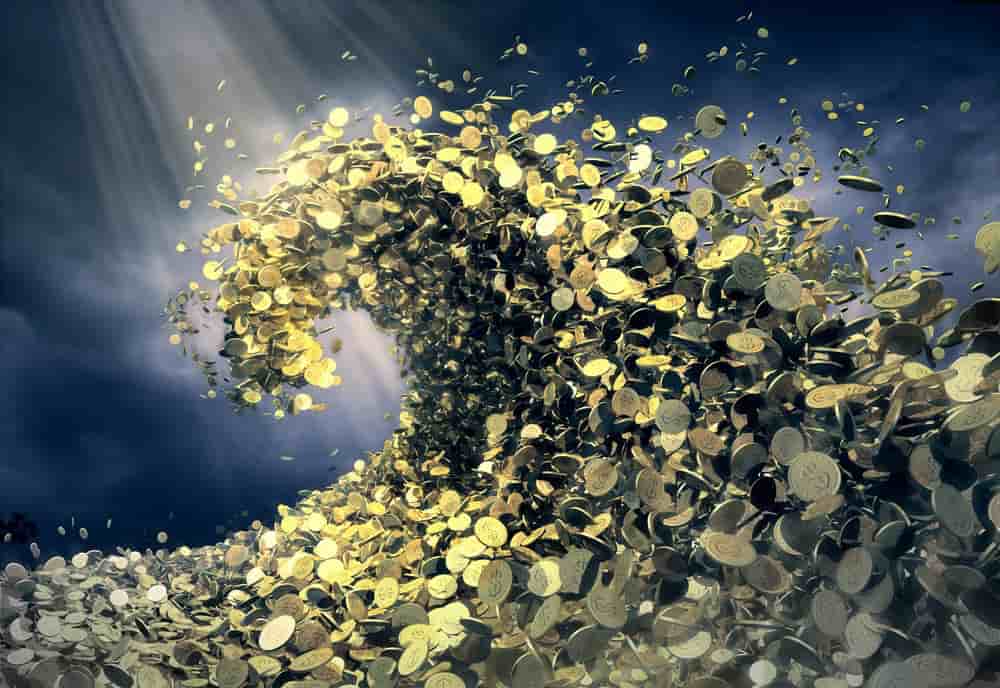 With over $160 billion inflows into the cryptocurrency market in a little more than half a day, the market has risen from $1.901 trillion to $2.065 trillion, pushing Bitcoin (BTC) over $47,000 as ‘Uptober’ gets underway.

Despite China outlawing cryptocurrencies earlier this week, the market has increased, on October 1 in what the crypto community has dubbed ‘Uptober’ concerning the historically successful fourth quarter for BTC.

This is according to a tweet from Charlie Bilello, Founder and CEO of Compound Capital Advisors, who indicated the data is based on interest rates minus inflation, making this especially important in this context.

Thus, as measured by the increase in the value of assets, actual monetary inflation is much greater in all countries. Therefore, investors are suffering from negative real yields to a far greater extent than the figures indicate.

“In the presence of rampant inflation, cash & credit become crumbling liabilities. Convert your balance sheet to #bitcoin to turn liabilities into assets.”

The flagship digital asset is currently up 10.03% on the day, trading at $47,355, according to CoinMarketCap.com. As a result, many leading crypto analysts remain bullish as during 20 minutes between 6:25 a.m. and 6:45 a.m Bitcoin soared from $44,900 to almost $47,400 despite China banning Bitcoin with prominent crypto analyst Pomp declared:

However, not everyone was bullish as in the last 24 hours, as 60,825 traders were Rekt, resulting in a total liquidation of $452.4 million, as per Bybt data.

Volcanic energy ushers in a new era of sustainable mining for an asset that has been dogged by negative coverage due to its carbon footprint. Notably, Bitcoin opponents have used the commodity’s effect on the environment as a justification for a total ban on the currency.