Most American banks are reportedly asking for an opportunity to facilitate bitcoin transactions as their existing customers increasingly participate in the crypto sector and are actively depositing their funds to various crypto exchanges.

In this line, cryptocurrency custody firm NYDIG alongside fintech platform Fidelity National Information Services (FIS), is working on a plan that will enable customers to buy, hold, and sell bitcoin through their bank account, CNBC reports.

“This is not just the banks thinking that their clients want bitcoin; they’re saying `We need to do this because we see the data’. They’re seeing deposits going to the Coinbases and Galaxies and Krakens of the world,” said Zhao.

Under the plan, FIS will act as a vendor to banks with almost 300 million checking accounts. Elsewhere, NYDIG will handle the custody side of bitcoin alongside trade execution.

Furthermore, NYDIG has revealed that hundreds of banks have already signed up for the initiative, with deliberations still ongoing with leading institutions. Notably, only small-scale lenders like California’s Subcrest have enrolled for the program.

The enrollment of small-scale banks will likely pile more pressure on big payers like JPMorgan Chase and Bank of America. To date, Morgan Stanley was among the top lenders to offer bitcoin funds for clients.

Additionally, with the program’s rollout, banks will be at liberty to determine the charges for all bitcoin trades. However, they will retain most of that fee revenue.

Lastly, NYDIG plans to expand its services and offer debit card rewards paid in bitcoin and an FDIC insured bank account. The move will push bitcoin towards mainstream adoption since customers will monitor their financial assets in a single view. 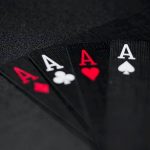