Asset returns over the past 20 years were solid compared to the long-term trend, thanks to exceptional economic and business conditions. These returns were supported by lower inflation and interest rates compared to the unusually high levels seen in the 1970s and early 80s.

However, now the mean seems to be reversing in 2022, as outsized losses in the S&P 500 and Nasdaq indexes, coupled with macro pressures, are pushing investors out of risk assets and the real estate market.

Meanwhile, in a Twitter thread, CEO & Founder of Reventure Consulting, Nick Gerli explained that the combined value of US housing and the stock market is currently valued at $80 trillion, while the total GDP is at $25 trillion. Historically, the combination of real estate plus asset prices is 200% of GDP, while now it sits at 319% of GDP.

According to Gerli, there could be another 40% of value destruction before markets revert to the mean.

How did we get here

The markets arrived in this situation thanks to low-interest rates and money printing, especially the asset buying spree that occurred during the 2019 Pandemic, where the combined value as a percentage of GDP shot up from 294% of GDP to 373% of GDP, representing an all-time high.

Does history repeat itself?

With current interest rates shooting up, another round of repricing would seem logical for the GDP to asset prices to return to normal. However, a contrarian view would be to look at the global GDP to global assets, which is indicating that the current value sits at 91%, while the average has been at 104% since 1985, according to Chief Futurist at ARK Invest, Brett Winton.

Where the markets go from here is anyone’s guess, as volatility has been spiking over the last few months with each news of rate hikes and macro pressures. According to US GDP to asset values, more pain is to come, but looking at the world GDP to asset prices, we could be talking about fair value.

Yet, US assets were outperforming world assets for quite some time, so looking at the rest of the world for pockets of value could be a sensible strategy until the potential market correction in the US markets plays out. 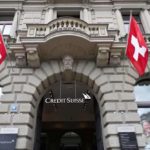