Speaking while appearing on a podcast hosted by Anthony Pompliano, the asset manager noted that the SEC is likely awaiting broader jurisdiction to approve the investment product. He stated that the regulator might be awaiting direction from United States lawmakers.

Eck observed that currently, SEC is limited because the crypto regulatory conversation in the U.S. is not healthy.

According to Eck, relevant bodies are coming up with different suggestions on regulating the crypto sector, an aspect that will likely derail elements such as approving spot Bitcoin ETF.

“I think the SEC is holding a Bitcoin ETF hostage until they get jurisdiction over the underlying crypto markets, which they don’t have right now. <…> I think the whole regulatory dialogue is not very healthy right now where there is actually a back and forth, a pro and con, but when you get to D.C., it’s one Congressman doing their view,” said Eck.

He insinuated that there is a likelihood that U.S. lawmakers might mess up the crypto regulatory outlook by creating unnecessary barriers.

Notably, several entities have already applied for spot Bitcoin ETFs with April 2022 accounting for the highest deadline in 2022 with three products. Some of the popular applicants for the ETF include Global X, BlockFi, and Grayscale.

As reported by Finbold, Bloomberg’s senior ETF analyst Eric Balchunas believes that a spot Bitcoin ETF might be approved soon if the SEC manages to tame the  “un-wild west the crypto exchanges.

This is after Gary Gensler, the SEC chairman, stated that the regulator should actively supervise cryptocurrency trading platforms. Therefore, Balchunas considered the sentiments as SEC’s first hint to approving a spot Bitcoin ETF.

Notably, the market is awaiting the possible approval of spot Bitcoin EFT as it might positively impact the asset’s price. 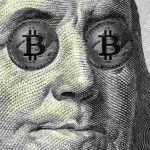