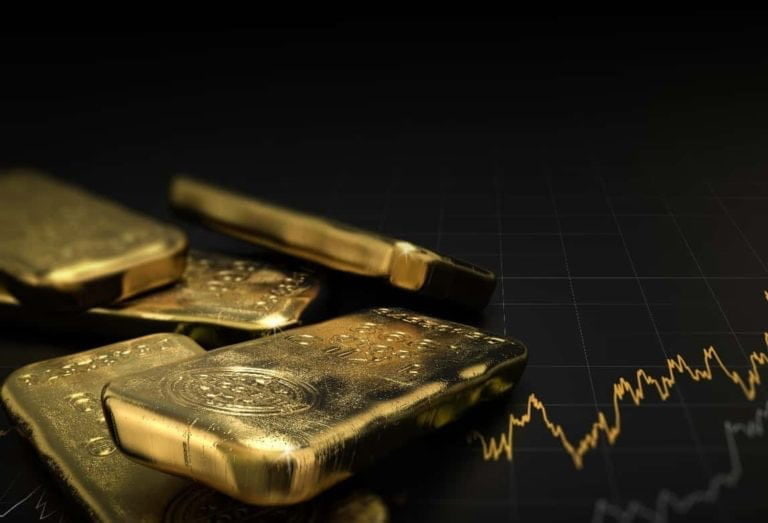 Taking its cues from the worldwide market rates, the gold price rebounded on Thursday, March 17 to trade at $1,948.

Indeed, the gold price has broken out of a three-day slump and rebounded from a 13-day low. In particular, veteran futures trader and author Peter Brandt believes that gold is however likely to stay in a $200 dollar range in the coming months with yellow metal currently breaking out of a symmetrical triangle pennant .

Based on gold’s recent performance, it is more probable that any additional advance will be met with heavy resistance in the $1,950 zone, which will be followed by the $1,960 area. Sustained momentum beyond this level has the ability to send gold back towards the psychologically important $2,000 barrier.

Gold’s correlation with the war in Ukraine

Considering the prospects of progress in the Russian-Ukrainian ceasefire negotiations, bulls may be even more reluctant to make aggressive wagers at the moment. Ukrainian President Volodymyr Zelensky of Ukraine said discussions were becoming more realistic, while Russia indicated certain proposals were under discussion.

Thus, in order to establish that the significant retreat from the $2,070 zone, which represents the highest level since August 2020, has come to an end, it will be wise to wait for substantial follow-through purchasing.

After climbing as high as $2,045, gold is currently trading at $1,948, but consolidating in this area. Analyst Lobo Tiggre opined why gold is going lower in the near-term after surpassing the $2,000 milestone.

“I think there’s a very real risk to the downside in the near-term for the end of the war one way or another. <…> The honest truth is my next target is probably downwards, near-term downwards. I suspect that the hot fighting in Ukraine can’t last much longer and when the fighting cools off, the fear fades, and gold’s recent tailwinds turn into a headwind,” he said.

Regarding the price of yellow metals, however, Lobo believes that a level of $2,100 by the end of 2022 would be the next ideal aim for the asset.

Potential for a harsh Gold sell off

Elsewhere, founder and senior analyst of RM Capital, Rashad Hajiyev noted how after the The Federal Open Market Committee (FOMC) announced the rate hike on March 16, gold immediately sold off before reversing.

“Gold (XAUUSD, 1,937) sold off yesterday immediately after the FOMC rate decision, held at retest and reversed higher. Very good price action. It is best if gold continues to advance slowly so miners could catch up!”

While volatility is to be expected after the Federal Reserve’s long-anticipated rate hike, it is unclear if gold will strike a bottom as some commodity strategist Mike McGlone hinted:

“If the history of the last time the Fed started a tightening cycle is a guide, gold should embark on an enduring rally within days of March 16. The last time the central bank moved to a 25 bps target from zero was Dec. 16, 2015, and gold’s lowest close came the next day”

However, it is possible that a bottom will not be reached due to the high degree of uncertainty surrounding the conflict, record inflation, and growing energy prices.