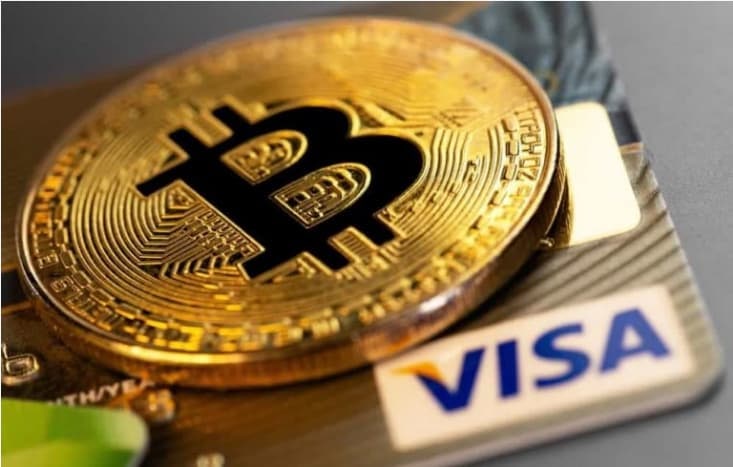 VISA (NYSE: V), the world’s largest payments network, has stated that it is working on bringing cryptocurrency services to traditional banking systems in Brazil in the near future, Seu Dinheiro reports.

Company officials said they are working with numerous cryptocurrency businesses in Brazil to bring crypto payment cards to the market and alluded to future direct integration of bitcoin payments.

To connect traditional banks with cryptographic products, Visa’s Vice President of New Business in Brazil, Eduardo Abreu, said the corporation is developing applications (APIs). A banking platform may thus be used to invest in cryptocurrencies and ETFs directly, eliminating the need for intermediaries.

Additionally, Visa has revealed that it is collaborating with numerous national firms to create cryptocurrency cards. These include Zro Bank, Alterbank, and Rippio, which allow users to link their accounts to these services via their bank accounts. No timetable was given by the Visa executive on when these changes may be expected to take place.

Business-to-business blockchain is also being developed by Visa, which will allow firms to settle payments using smart contracts. Providers and suppliers would be able to verify payments and deposits using this system which would increase transparency.

Abreu claimed that the system was already in testing phases with some of their clients and that the firm will make further announcements in this respect in the future.

Moreover, Visa has said that it would begin testing direct bitcoin payments in Brazil shortly. In other words, transactions will enable bitcoin to be sent straight to other accounts. Unlike conventional crypto cards, which require a mediator to convert bitcoin for fiat money, this system would eliminate the need for an intermediary.

As an illustration of how Visa’s crypto card adoption is expanding, to help ease crypto payments in Australia, a start-up called CryptoSpend was approved by Visa to use a physical debit card to allow crypto payments. In fact, in the first half of 2021, Visa reported that more than $1 billion had been spent on crypto-linked Visa cards.

Generally, the purpose is to bridge a gap between cryptocurrencies and the existing banking system in a country that has seen increasing crypto adoption. Abreu pointed out that the firm has a cryptocurrency-based cash-back scheme, which he believes may be a fantastic selling point for conventional banks when it comes to client relationships.

“Brazilians already have the culture of receiving card points, miles, discounts, etc. Why not receive cryptocurrencies with your credit card as well?”

When it comes to non-fungible tokens (NFTs), Visa acquired a Cryptopunk, a digital avatar on the Ethereum network, for $165,000 in August, and Abreu says NFT projects are also in the works for Brazil.

Indeed, when it comes to cryptocurrencies, Brazil has witnessed increasing adoption. In July, several months after authorizing a Bitcoin ETF, Brazil’s watchdog approved a product that replicates the performance of the second-largest cryptocurrency, Ethereum, with QR Asset Management administering the fund.