Ethereum founder Vitalik Buterin hit out at Australian computer scientist Craig Wright stating he is a scammer on claims of being the anonymous founder of bitcoin, Satoshi Nakamoto.

Speaking on the Lex Fridman Podcast, Buterin said as a scammer, Wright builds an audience from discussing things people resent the most while comparing him to former U.S. President Donald Trump.

Buterin, who dared Wright’s lawyers to sue him, singled out the resentment around the bitcoin block size war where he sided with the majority against changing bitcoin’s original vision.

“I view Craig Wright as being kind of like a Donald Trump figure and that like, he’s not very intellectual. I think he gets a big audience because he says things that like to play to the resentments that people have. Like in the wake of this block size war,” said Buterin.

According to the ethereum founder, Wright initially made the right contributions to the bitcoin block debate with the bitcoin cash community rallying around him.

However, Buterin notes that Wright’s stance on being Nakomoto eventually blew out of cover when he began stating technically wrong things. He said Wright is not an intellectual. For example, Buterin singled out Wright’s arguments that bitcoin’s elliptic curve is friendly to cryptographic pairings, something he could not defend.

Both Wright and Buterin have experienced a sour relationship since 2018 that began during the Deconomy conference where they served as panelists. The panel featured the debate on animosities and disagreements around leading proponents of bitcoin and bitcoin cash.

Buterin termed Wright a fraud for lack of a solid argument regarding small block position.

In 2021, Wright embarked on a legal pursuit to protect his alleged status as Satoshi Nakamoto. Early this year, a London court considered Wright’s claim of Satoshi. The court allowed him to serve a copyright lawsuit against the publisher of bitcoin.org, which goes by the pseudonym Cøbra.

The website hosts the bitcoin whitepaper, and Wright claims that no third party should publish it since he is the author of the document.

Recently, Wright launched a lawsuit against 16 bitcoin developers in a bid to retrieve 111,000 bitcoin from two addresses he claims to have lost private keys.

The case is against developers from four networks, including Bitcoin Satoshi Vision (BSV), Bitcoin Core (BTC), Bitcoin Cash (BCH), and Bitcoin Cash ABC (ABC). He claims to have lost the key following a hacking incident. 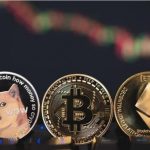 DOGE is the third most traded crypto asset in May; gets listed on Revolut