The Securities and Exchange Commission (SEC) will soon make its decision on a set of Bitcoin futures exchange-traded funds (ETFs) applications that are awaiting its approval.

Bitcoin futures ETFs give investors exposure to Bitcoin without having to directly hold the flagship cryptocurrency.

If the SEC green-lights the applications, the US will have as many as four Bitcoin futures ETFs by the end of October after years of delay. An approval is a welcome news for the $6.7 trillion U.S. ETF industry.

James Seyffart, an ETF analyst with Bloomberg Intelligence, said that the regulator will likely give the thumbs up for the financial products. The optimism came following SEC Chairman Gary Gensler’s statement that Bitcoin futures products filed under the Investment Company Act of 1940 would be reviewed favorably by the Commission.

“We just can’t see Gensler and the SEC going out of their way to state positive comments about a 1940-act Bitcoin futures ETF at the end of September and then denying all of them less than a month later,” he said.

The SEC has also asked two issuers to withdraw their Ethereum futures ETFs filings but did not make a similar demand on their Bitcoin-based applications, raising hopes that the Bitcoin-based ETFs will receive favorable decision.

As issuers continue to pursue Bitcoin ETFs for more than eight years now, Nate Geraci, the president of the advisory firm the ETF Store, commented that it would be “somewhat disingenuous” for regulators to encourage more filing only to disapprove them.

“Approving futures-based Bitcoin ETFs seems like an easy way for the SEC and Chair Gensler to get a ‘win’ in terms of appearing forward-thinking on crypto,” Geraci said.

Some are not as positive though. According to Dave Nadig, chief investment officer at data provider ETF Trends, the odds for approval may be better than 50/50 but it would not still be surprising if the SEC refuses to give its nod. He said that what is needed by the industry now is an actual regulatory plan. 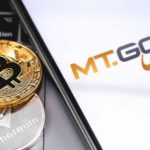