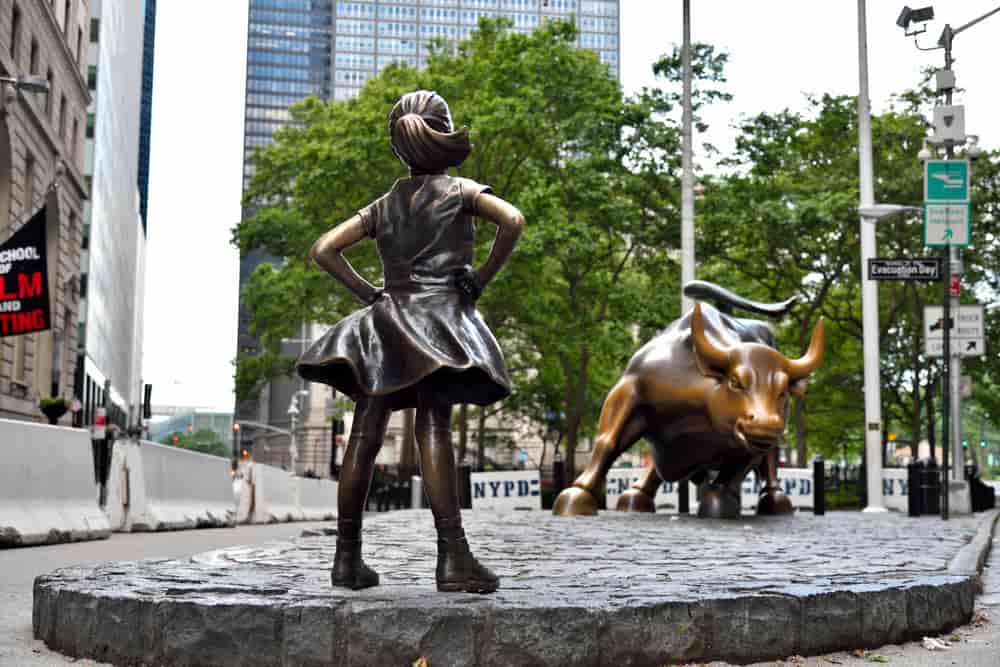 As investors eye unprovoked Russia’s invasion of Ukraine and U.S. interest rate hikes, U.S. futures were mostly subdued. Main indexes are on course for their worst quarterly performance since the pandemic crash in 2020.

Peace talks in the Russia-Ukraine war were put on hold and are set to continue on April 1st while war rages around Kyiv and other major Ukraine cities.

The indexes are further stressed by the news that the U.S. is contemplating a record release of oil reserves which lead to crude prices falling by 5%.

January sets the tone for the year

This adage was once a rule of thumb on Wall Street, by that measure stocks in 2022 are heading for a downbeat and a lot of wild swings. Over the past two years, the stock market defied realities outside of Wall Street.

After crashing heavily at the start of the Pandemic, the market recovered fairly quickly and is now still up roughly 90% from its 2020 lows.

Some investors feared missing out on the apparently indomitable gains, especially in technology and risky companies like Special Purpose Acquisition Companies (SPACs). Investments in SPACS spiked an eye-watering 2,532% in 2020, as reported by Finbold earlier.

Analysts on the Street are bullish for 2022, where, some like Goldman Sach’s David Kostin see the year ending up 12-15% up. Claims that recent market swings are not unusual nor larger than in the past are one of the reasons fueling optimism.

Average investors are still in the market following positive developments large tech companies are making. Another good sign is that sectors that are usually likened to the economy such as financials, industrials, and transportation have done better than the market as a whole.

Investors should remain cautious and follow global developments which were complicated with the addition of the war in Ukraine. The fragility of the system after the Covid crash hasn’t fully been uprooted, being cautiously optimistic can save investors some heartache.