Mining is one of the most popular ways for individuals and organizations to earn cryptocurrencies such as Bitcoin (BTC) through passive income, but critics have often drawn attention to the energy used up in the process of transaction verification using the Proof-of-Work (PoW) algorithm.

With this in mind, crypto YouTuber Drew Vosk has looked into a more ecologically acceptable way to produce electricity for Bitcoin mining – solar panels – and has analyzed the numbers in a video published on his channel on January 18.

The basic formula to calculate how many solar panels are needed for a mining rig includes taking one’s monthly electric usage, dividing it by monthly peak sun hours, and multiplying the result by 1,000. Then, the resulting number is divided by the power rating of the solar panel.

Then, taking a standard 400-watt solar panel, this number is divided by 400, which gives 34.6. Rounded off, this means 35 solar panels are needed to run one mining rig. In other words, you would need a 14kWh solar system to mine Bitcoin using solar power.

Vosk also advises keeping in mind that how much energy one can earn from the sun varies with their location on Earth. For example, this would never be feasible in London, United Kingdom, as nearly twice as many solar panels would be needed due to its weather.

In the United States, 15kWh of solar panels costs $31,191 thanks to the tax breaks on buying them (without tax breaks, this number would be $42,150). In terms of return on investment, $31,000 to power one Bitcoin miner 24/7 would be a rather expensive endeavor.

To put this into perspective:

“At 10 cents per kWh, you could pay your electric company 10 years at current rates to operate this miner instead of setting up the solar panels. When you deal with solar energy, we’re talking years – not months, not weeks, definitely not days – as far as ROI, break-even,” Vosk said.

However, the crypto YouTuber also believes that “nothing is cooler than generating your own electricity” and “when you throw the electric waste argument out the window when it comes to crypto and especially mining, well, then it’s truly a beautiful and powerful, indisputable thing.”

But is it profitable?

Although Vosk admits that solar-powered Bitcoin mining would take a long time to break even, he stresses to “keep in mind Bitcoin’s low – all you need to do is ‘hodl‘ some coin, things go decently, and that number will dramatically decrease,” as well as that “all Bitcoin all-time highs have been preceded by a new Bitcoin halving.”

Interestingly, the first solar-power Bitcoin mining plant in South Australia has recently opened, providing about five mW of electricity in an effort to curb the carbon footprint of mining the flagship decentralized finance (DeFi) asset.

In March 2022, Finbold reported on Peter Egyed, also known as AZ Hodl, installing an off-grid solar array to power his Bitcoin mining operation and shared the results of his findings, according to which he expected to make an ROI within 36 months. 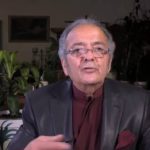