On Sunday, Feb. 21 Bitcoin tapped a new all-time high of $58,350 according to Tradingview.com. Prices have retreated a little as the Monday morning Asian crypto trading session got under way and at the time of writing the asset was trading at $56,100.

BTC is currently up 93% since the beginning of this year when it was changing hands for a little over $29,000. The big moves were directly correlated to Tesla’s $1.5 billion Bitcoin investment announcement on Feb. 8.

It has been reported that the firm has made more profit from Bitcoin since then that it did from selling cars in all of 2020.

Musk is still bullish on Bitcoin and has taken to Twitter over the weekend to extol its virtues and banter with some of crypto’s harshest critics. In a response to the usual baseless Bitcoin bashing by goldbug Peter Schiff, Musk stated that “money is just data that allows us to avoid the inconvenience of barter.”

He did also state that in his opinion, both Bitcoin and Ethereum prices “do seem high”.

Musk has also changed his Twitter picture to that of a fork which has set the rumor mills in motion once again that he may have something else up his sleeve regarding cryptocurrencies.

His recent interest in the joke meme-based coin DOGE has also propelled its prices by almost 600% in less than a month.

The Block’s research director Larry Cermak suggested that Musk could be preparing a fork of Dogecoin though this is highly unlikely.

Musk did make this rather cryptic comment on Sunday, Feb. 22; however, the references are quite clear.

Ethereum prices are also cooling from their recent peak of $2,050 on Saturday, Feb. 20. The milestone marks the first time in history, ETH prices have reached $2,000. Since then it has corrected slightly and was trading 4% down on the day at $1,870 at the time of writing.

Other big movers include Binance Coin which surged into third place by market capitalization hitting its own all-time high price of a little over $300 on Sunday, Feb. 21.

Polkadot and Cardano also hit new peaks in a very bullish weekend though they are cooling somewhat this Monday. 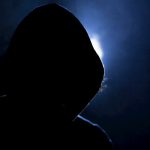