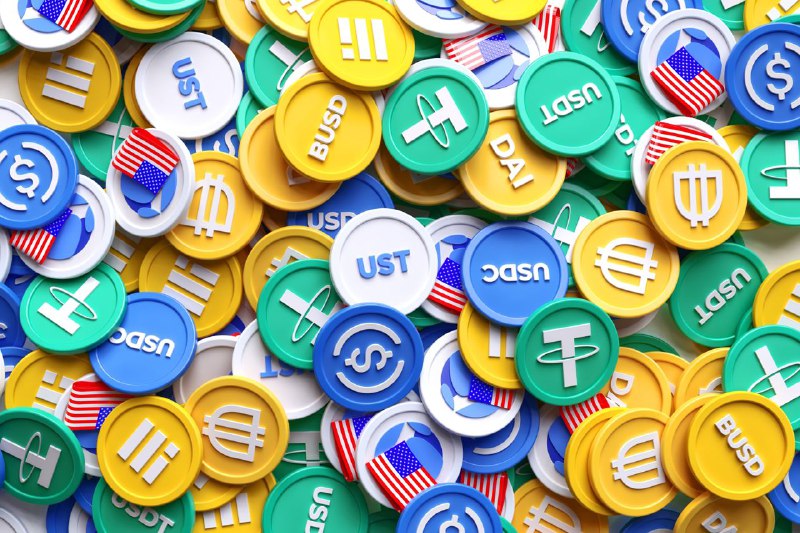 Stablecoins have been cast into the spotlight over their different uses and role in the ongoing crypto market crash. The development of stablecoins within the cryptocurrency community is being emphasized by volume that is hitting new milestones.

In this case, as of August 2022, on-chain stablecoin volume almost hit the $1 trillion mark after recording consistent growth in the last two years, data by CoinMetrics indicates.

The growth aligns with the popularity of stablecoins, characterized by increasing global use cases.

The enthusiasm for stablecoins is highlighted by WeTrust platform maintainer Patrick Long, who stresses that they stand out due to their year-long use.

Initially, the use of stablecoins within the crypto sector was tied to acting as a safe haven in cases of increased volatility. However, the use cases have since multiplied, especially with the growing popularity of decentralized finance (DeFi) applications.

In this line, several cryptocurrency firms have increasingly focused on embracing stablecoins in a bid to control the highly competitive market. For instance, cryptocurrency exchange Binance has announced plans to remove access to three stablecoins that compete with its own, dubbed Binance USD (BUSD).

At the same time, different jurisdictions have raised concerns about the financial risks posed by stablecoins. The concerns were accelerated with the Terra (LUNA) ecosystem crash that was triggered after the platform’s stablecoin TerraClassicUSD lost its dollar peg.

Most of the concerns have been due to the private nature of stablecoins considering that the Terra ecosystem crash has been linked to mismanagement by officials at the company. Notably, investigations are ongoing regarding the allegations of fraud in the collapse.

It is worth mentioning that some of the early stablecoin regulation initiatives have seen U.S. states like New York release specific regulations targeting the sector.

At the same time, other jurisdictions are exploring using stablecoin to power transactions. As reported by Finbold, the Russian Ministry of Finance (Minfin) announced it was ready to support the legality of transactions in the country through stablecoins.