The second quarter of 2022 has finished, and it was marked by inflation, rising interest rates, slower economic growth, and tighter monetary policymaking.

All of these factors led to a downturn in the stock market in Q2, but the market might be poised for a comeback, according to the Chief U.S. Market Strategist Dave Sekera, who shared his views in a Morningstar interview on July 19.

As a result of the possibility of a market recovery, Finbold has conducted an in-depth analysis of three of the stock picks recommended by the Morningstar analyst for the third quarter of 2022.

In the last month, META has been trading in the $154.25 – $176.49 range, which is quite wide. Although, according to Sekera, the company is trading at half of what it is worth currently.

“Meta is probably, I think, our most differentiated call from the rest of the marketplace—so, wide moat, 5 stars, trading at I think about half of what we think that company is worth”.

TipRanks analysts rate the share as a moderate buy, predicting that in the next 12 months, the average price could reach $263.56, which is 49.94% higher than the current trading price of $175.78.

Regarding Amazon stock, Sekera noted that it’s trading at about a 40% discount, its fair value, he opined:

“The market’s been disappointed a little bit on that one, but you have to remember too, with Amazon, they saw huge amounts of growth during the beginning and throughout most of the pandemic.”

Notably, the consensus rating on Wall Street for the AMZN stock is a strong buy, with experts advocating to ‘buy’ Amazon and just one suggesting to ‘hold.’ Interestingly, none of the analysts propose selling the stock and predict that in the next 12 months, the average price could reach $176.04, which is 48.92% higher than the current price of $118.21.

Disney has recently shifted its content to its own online streaming platform, which could have caused a short-term disruption in the value of the stock. Sekera stated:

Even though Q2 was quite volatile, there seems to be quite a few noteworthy stocks investors could consider in Q3.

As Dave Sekera points out, the above-mentioned stocks are currently all undervalued, and as a result, it may be an appropriate moment for investors to increase their equity exposures. 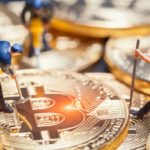