After three people got arrested for cryptocurrency insider trading following a tip by a Twitter (NYSE: TWTR) user, the person responsible for their arrests believes there’s a larger problem that remains unaddressed, which, according to him, is the lack of action by the cryptocurrency exchange where it all happened – Coinbase.

Talking to a YouTube investigator Coffeezilla, known for exposing several scams related to cryptocurrencies, the Twitter tipster who goes under the handle Cobie expressed disappointment at how things have been handled and that people were perhaps focusing on the wrong issue, as he said in the video interview published on July 27.

In the interview, Cobie indicated that the crypto exchange might be more at fault for the entire situation than it appears at first glance. According to him, Coinbase has had a continuous problem with insider trading:

“So people were making money on Coinbase front-running these trades for years. They would just find out whatever Coinbase was going to list, buy it up before it listed and sell it immediately after. In fact, it turns out it was such a problem that Coinbase tried to address this issue at the time but with no success.”

Furthermore, Cobie added that the crypto exchange then made some promises to improve its processes, but “then the very next listing every single coin got front-run once again.”

After noticing the pattern, Cobie made some research and tweeted his results, which led to the arrests of the persons directly responsible. Ultimately, Cobie’s tweets led to the arrests of the former product manager at Coinbase, Ishan Wahi, his brother Nikhil Wahi, and friend Sameer Ramani and brought charges against them of crypto insider trading.

As the YouTuber explained, Ishan was part of the team responsible for listing the new crypto tokens on the exchange, so “he insider traded by buying the coins he knew they would be listing in a bit, and then after the price pumped, he’d profit by selling them,” allegedly making $1.5 million for himself and his helpers over the course of 18 months.

Overall, the whistleblower’s feelings about the whole thing are bittersweet, as he stated:

“Coinbase is clearly incompetent at these issues. They’re unable to stop it. (…) Anonymous users on the Internet can find out about it or I can tweet about it and then all of a sudden there’s an investigation into it. I just don’t understand what processes they have in place for that to be, how that works.”

That said, Coffeezilla commended the authorities that had caught up and arrested Wahi before he managed to flee to India but also pointed out that in many cases the crimes “have been going on for years,” and that “only after someone tweets about it” do they get punished.

Watch the full video: FBI Arrests 3 People Based on a Tweet 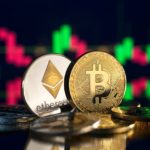