The policy proposal is expected to be out by August and will review some of the industry’s criticism, including claims of lacking a societal benefit, Bloomberg Law reported on June 2.

White House involvement in Bitcoin mining aims to conduct a clean up of the space amid concerns the activity is a threat to efforts to combat climate change.

Preparing Bitcoin for the financial system

White House Office of Science and Technology Policy principal assistant Costa Samaras stated that the possible policy enactment had been motivated by the growth of cryptocurrencies to be part of the financial system. According to Samaras:

“It’s essential, if this is going to be part of our financial system in any meaningful way, that it’s developed responsibly and minimizes total emissions <…>When we think about digital assets, it has to be climate and energy conservation.

In coming up with the recommendations, the White House will also review factors like the mining noise pollution alongside comparing protocols like proof-of-stake (PoS) and proof-of-work (PoW)

Samaras added that policymakers also intend to look at mining farms offering grid operators flexibility by shutting down servers during peak demands. The proposal has attracted attention in states like Texas.

Calls to regulate the Bitcoin mining space have emerged at a point the U.S. is hosting one of the largest crypto miners globally. The need for a new policy proposal is built on criticism of the Environmental Protection Agency’s (EPA) inability to designate energy usage for different sectors.

The growth of Bitcoin mining in the U.S. has been perceived to add more strain to the country’s energy ecosystem, with existing infrastructure impacted by extreme weather, aging wires, and increased adoption of renewable energy. 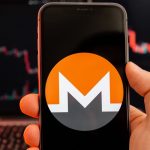