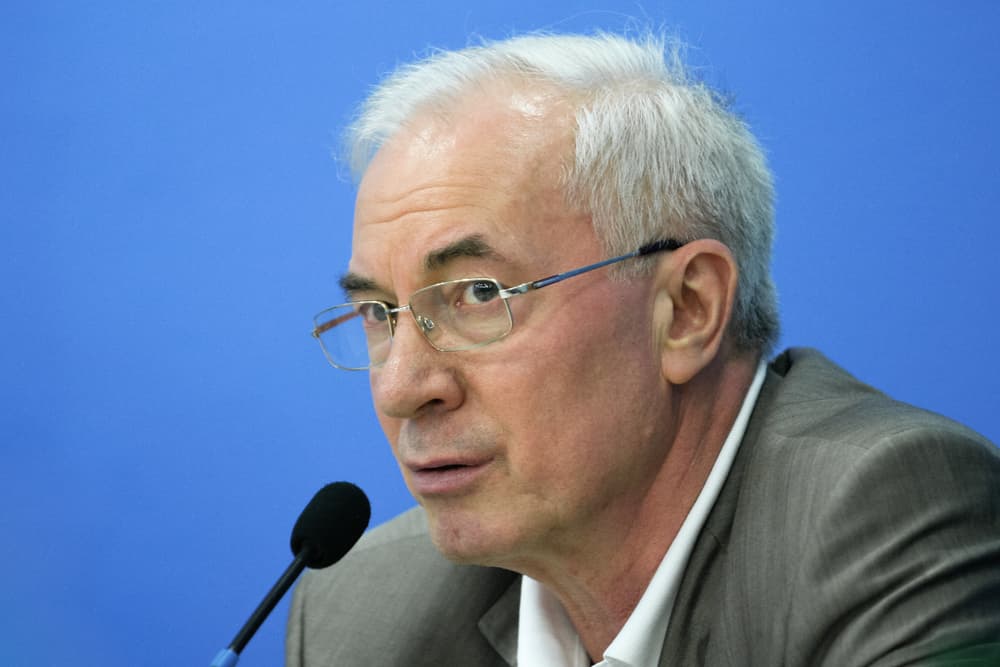 Disclaimer: This OP-ED article expresses the opinion of an author and is not affiliated with the publication’s editorial board.

While everyone is focused on the military action in Ukraine, Russia’s political plans for Ukraine are starting to take shape.

Far from frontlines, Russia initiated the resurrection of the former Ukrainian Prime Minister Mykola Azarov. On Friday, Russian state media widely cited Azarov’s bogus claims that NATO planned to deploy four brigades to Ukraine this summer to provoke a nuclear conflict with Russia by the end of the year. He also expressed his support for Putin’s invasion by saying that he saved thousands of lives in the Donbas region in Eastern Ukraine.

It is not important to pay attention to Russian propaganda but rather to the fact that its state media brought the ex-prime minister to the spotlight once again.

Azarov hasn’t been seen much in public since he left Ukraine in a hurry on a private jet in January of 2014 as Ukrainian people toppled the government of Viktor Yanukovich. He settled in Russia afterward.

Azarov would strengthen the Kremlin’s grip on Ukraine

There are many benefits for Vladimir Putin to bring back the former politician. He was seen as somewhat less corrupt than the former President Yanukovich although still very unpopular at the time of resignation (his government was supported by only 13% of Ukrainians).

Azarov was born in Kaluga, a city in Russia between Moscow and Ukraine. He also spent most of his professional career in Donetsk, currently unrecognized puppet state of Russia, and is of similar age (74) as Putin (69). Azarov is also an ethnic Russian and his reported fluency in the Ukrainian language is limited.

The fact that Azarov is currently the subject of international sanctions from the U.S., European Union, Norway, Canada, and Switzerland due to his role in the Euromaidan and is on Interpol’s wanted list guarantees that he would be isolated from the West. Mykola Azarov also is wanted by Ukraine for treason in relation to the so-called “Kharkiv agreement” signed with Russia.

What is the Kharkiv agreement?

The agreement between Ukraine and the Russian Federation, signed in Kharkiv on April 21, 2010, by the then presidents of Ukraine and Russia, Viktor Yanukovych and Dmitry Medvedev, extended the stay of the Russian Black Sea Fleet in Sevastopol, Crimea from 2017 to 2042. Despite that Putin annexed Crimea in 2014, just after the so-called Orange Revolution that forced Mr. Azarov to leave the country.

Mr. Azarov is a handy candidate also because Russia never recognized the change of Ukrainian government in 2014 and is anticipated to promote someone from the government prior to 2014 as a legitimate people’s representative.

In Russia Azarov wasn’t completely inactive. On August 3, 2015, he announced in Moscow the creation of a “Ukraine Salvation Committee,” seeking to have “all citizens, political parties, labor union and social movements to unite and restore order in our home by joint efforts” and to change Ukraine’s leadership.

Analyzing all the background information in the light of current public statements by Mykola Azarov, it can be assumed that he might play a central role in the event of partition of Ukraine and in the future puppet state controlled by Russia (total occupation still seems very unlikely).

So far, the Ukrainian willingness to fight is putting such plans much further away than Kremlin expected.