Former stockbroker commonly known as the “Wolf of Wall Street” Jordan Belfort has called for immediate massive regulation of the cryptocurrency sector.

Speaking to Coindesk, Belfort underlined that the wide-scale regulation of the sector will be lead to the growth of cryptocurrencies like Bitcoin and Ethereum.

He said that the notion that regulations are bad for the industry is misguided. Belfort notes that one of the benefits of regulations will be an increase in the market size.

The self-declared long-term cryptocurrency bull added that regulation in the space would eliminate bad actors, especially the pump and dump schemes. In this case, Bitcoin will have the space to thrive.

“Everyone said, ‘Oh no, the regulators are coming in! So I think it’s a good thing…the sooner that massive regulation comes into the market, the better it is for Bitcoin, stablecoins, and everything else,” said Belfort.

Furthermore, Belfort took a swipe at what he termed as unrealistic Bitcoin and Ethereum price predictions. He noted some of the predictions are out of touch with reality.

Belfort believes that Bitcoin is in a good position to stand as a digital gold while predicting the asset will trade between $45,000 to $70,000 by the end of the year. Belfort added that the number two ranked cryptocurrency Ethereum will likely trade at around $3,700 to $4,500.

Belfort joins United States senator Elizabeth Warren to call for immediate regulation of the crypto market. According to Warren, the move will bring order into the market.

Warren has called for an enhanced regulatory regime around crypto. She notes that waiting for a long time will result in further damage to the financial system.

Elsewhere, Belfort maintained his initial stand on Tether being a scam. He expressed his shock towards the lack of legal action on Tether. This comes after it emerged that the Justice Department is investigating possible bank fraud by executives of Tether Ltd from its early days. Tether denies allegiations. 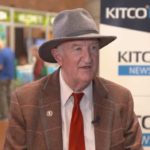