The World Economic Forum (WEF) has suggested that the 2022 cryptocurrency sector winter could mark a turning point for the industry.

According to the agency, the market downturn can be equated to the dot-com bubble, where most companies were wiped out with formidable entities standing out, said WEF’s Digital Currency Governance Consortium official Dante Disparte in a blog post published on January 2.

Indeed, the WEF pointed out that the future of cryptocurrencies will be guided by the regulatory outlook while acknowledging the role of blockchain technology in the general financial sector.

In the blog post, the WEF noted that jurisdictions that made efforts to regulate the industry are likely to shape the future, maintaining that bad actors can still exploit the industry.

“The countries that enable responsible competition will shape the future. Cryptography and blockchains will continue to be integral parts of the modern economic toolkit, despite the great harm these tools may have caused when wielded by the wrong people,” the blog post stated.

Role of crypto in financial sector

Notably, the forum stated that the underlying technology of cryptography and blockchain has widespread applications while stressing that experimentation in the financial services sector is something to note.

In this line, the WEF singled out entities like banking giant JPMorgan, which are increasingly embracing blockchain use.

However, the WEF also acknowledged that the risks inherent in any sector involving money will always be present, including the potential for bad actors to co-opt the technology for malicious purposes.

Additionally, with the crypto witnessing losses of funds, the  World Economic Forum stated that outlawing the sector might not be the right approach, comparing it to vices related to the general internet.

“The more enduring approach with all breakthrough technologies is to net out their harmful effects by placing technologies (like all tools) in the hands of responsible actors and encouraging their responsible use,” the agency added.

Interestingly, the lobbying organization suggested that following the effects of the bear market, the promise of cryptocurrencies to correct wrongs that resulted in the 2008 financial crisis could be waning. 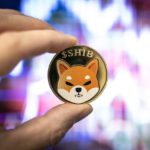