An investment thesis released by Fidelity Digital Assets describes Bitcoin as an aspirational store of value. The thesis which is based on interaction with investors and their digital asset investment journey is aimed at giving investors a better understanding of Bitcoin as an investment, using evidence-based on the increasing interest in the digital currency.

Bitcoin is still young, and its adoption is still at an early stage. Despite this, Fidelity’s report suggests it has the potential to grow to unprecedented heights in the near future. After it’s existence for just ten years, it does not have the kind of popularity that gold and other stores of value have earned after centuries of existence, but its investors are starting to see the potential in it, the report says.

Bitcoin currently serves as a digital currency. According to the whitepaper, it is peer-to-peer digital cash, which can be used to buy and sell globally with no boundaries. Bitcoin faces some challenges such as its high cost of transaction and slow transaction. However, Fidelity’s report shows that its use cases may get diversified eventually as the cryptocurrency space matures.

“The truth is, as the ecosystem matures, Bitcoin may simultaneously serve many functions – either foundationally or through incremental layers. One of the beautiful things about Bitcoin is that its success is not predicated on serving a singular purpose,” the report says.

Fidelity Digital Assets’ findings suggest that the investors are getting more interested in the asset as a potential investment.

“Bitcoin can be described as an aspirational store of value – creating value as it matures into a store of value. An analogy is that investing in bitcoin today is akin to investing in Facebook when it had 50 million users with the potential to grow to the more than 2 billion users it has today. This is driven by the idea that bitcoin offers asymmetric upside. If bitcoin is widely adopted by retail and institutional investors as a store of value, the upside may be substantial relative to the initial upfront investment,” the report reads.

Although Bitcoin currently faces opposition because of its volatility as the main weak point cited by antagonists, investors’ perception of the asset has historically changed as they stay longer in the industry and get to understand Bitcoin better. Because of this, the digital investment giant sees the potential of Bitcoin becoming a popular store of value in the near future.

$7 trillion in investment under management

Fidelity Investments is one of the world’s largest financial services providers. It has over $7 trillion in investment under management and currently has 1.3 million trades per day. It recently created a digital asset platform known as Fidelity Digital Assets which is championing the cause of bringing Bitcoin as an investment to institutional investors.

The platform also offers digital custodial services to this class of investors which is considered to be pivotal in boosting their confidence to invest more in digital assets. With these efforts in place and with Bitcoin’s increasing scarcity, more investors may be running to Bitcoin as an escape from the U.S Dollar which is losing its value fast. 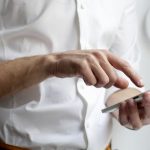 Challenger banks becoming even more popular in the pandemic