Non-fungible tokens (NFTs) are an increasingly popular way for brands and celebrities to reach out and get in touch with their audience, as well as individuals to get their hands on unique collectibles with proof of authenticity.

In an innovative move, the first direct-to-consumer (DTC) NFT marketplace for luxury wines and spirits, BlockBar, is auctioning the world’s rarest 1970 Japanese whisky as an NFT, according to the information shared with Finbold on July 12.

According to the marketplace, collectors get “the chance to own a piece of history with ‘The Last Masterpiece 1970’ made by a Japanese distillery Karuizawa, which shut down in 2011. There are only 211 bottles left from the distillery’s 1970 cask, and this one is made available exclusively as the brand’s first-ever non-fungible token.

This unique bottle is a special edition for BlockBar decorated with a custom label artwork designed by Souun Takeda, one of Japan’s most distinguished calligraphers, and will be auctioned off starting at 12AM Eastern Standard Time (EST) on July 12. The opening bid is $75,000.

NFTs aren’t just for collectors and marketing purposes. Interestingly, the Lamborghini-backed GT racing team Vincenzo Sospiri Racing (VSR), is deploying an NFT certification program for its racing car parts, allowing it to authenticate and audit every part of its racing fleet, as Finbold reported.

Meanwhile, the social news aggregation and discussion website Reddit has announced the introduction of a new NFT-based avatar marketplace with 90 unique designs and a total of “tens of thousands” NFTs available for purchase during the early-access period.

Users who purchase either the non-fungible token version of the world’s rarest whiskey, one of Reddit’s avatars, or any other NFT in existence, will be able to view and show them off using Tag Heuer’s Connected Calibre E4 smartwatch after the luxury Swiss watchmaker introduced the supporting feature in mid-June, effectively turning this watch into an NFT viewer. 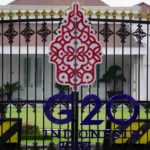