The price of XRP has climbed over 20% in the last month despite the volatility seen in the broader crypto market and the ongoing lawsuit against the U.S. Securities Exchange Commission (SEC). Although the case may have impacted the global settlement network’s acceptance and growth, Ripple has continued to unveil new initiatives and developments.

Also strengthened by positive news emerging from the Ripple case, the price of XRP has increased by 23.83% from September 18 (when it was trading at $0.3789) to its current price of $0.4692 on October 18, according to statistics calculated by Finbold and obtained from CoinMarketCap.

During this time, the total market worth of XRP also increased by over $4 billion, rising from $19.05 billion to $23.41 billion.

With the price increase, Ripple has continued to make inroads as a blockchain and crypto solutions platform. On October 18, it announced the second wave of creators to receive funding for their Web3, non-fungible token (NFT) projects through Ripple’s Creator Fund.

By using the power of XRP Ledger’s low-cost, quick settlement, and built-in royalty structures, the chosen Creator Fund projects will bring to life use cases for tokenization in these sectors as Web3 transforms the entertainment and media business, notably in the music sector, maximizing value for artists and their communities to consume content.

Ripple’s Creator Fund is a $250 million pledge to assist creators with the financial, artistic, and technical assistance required to investigate and construct NFTs and other tokenization initiatives on the XRP Ledger.

Following the introduction of a test phase of Ripple’s new XRP Ledger sidechain, it is possible that users of Ripple could eventually be able to communicate with decentralized apps (DApps) that are compatible with Ethereum (ETH).

The blockchain development company Peersyst Technologies announced the debut of the sidechain in a Tweet on October 17, stating that the new sidechain is compatible with Ethereum Virtual Machine.

This indicates that users of Ripple may ultimately have access to Web3 wallets such as MetaMask and XUMM Wallet, as well as DApps such as Uniswap (should it transfer over).

A cross-chain bridge that enables the transfer of XRP and other assets between the EVM-supported sidechain and the XRP Ledger Devnet is included as part of the newly released sidechain.

According to RippleX software engineer Mayukha Vadari, the release “means developers no longer have to choose between XRPL or EVM-compatible blockchains.” Blockchain developers will also have access to XRPL’s rapid and low-cost transactions, and they will be able to deploy Solidity-based smart contracts onto XRPL. 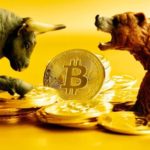 Bulls and bears battle for momentum as Bitcoin aims to reclaim key $20,000 level