Notably, a new stablecoin called USDD (USDD), a cryptocurrency issued by the TRON DAO Reserve, has been called into question by Stephen Findseisen, a.k.a. Coffeezilla. Indeed, the YouTuber explained in his video published on June 24 about a potential Ponzi scheme with the newly issued stablecoin.

As the USDD’s performance remains consistently lower than the $1 peg, there has been discussion over the investors’ potential exposure to risk. Following the loss of the dollar peg on June 13, USDD saw a significant decline, reaching a low of $0.93 before recovering to its previous level of $0.98.

After the collapse of the Terra (LUNA) ecosystem, Findseisen highlighted a few key similarities and distinctions between the two coins and highlighted that the Ponzi-like currency claim as DeFi is not entirely accurate.

The creator behind the new stablecoin turns out to be a billionaire named Justin Sun, quite a controversial figure in his own right, who had fled multiple countries under fear of prosecution. At the same time, a former employee alleges that they were engaged in “insider trading all the time.”

Sun admits, “we came up with the idea for USDD after witnessing Terra’s dramatic ascent.” However, he launched USDD just a few days before Luna’s collapse; although not a good look, he wants to convince people that this stablecoin is different.

According to Justin, Terra collapsed because of rapid growth and excessive leverage, and he will not make the same mistake.

The parallels between TerraUSD and USDD are plenty; both claim to be algorithmic stablecoins, which simply means they depend on arbitrage to maintain their value at one dollar; both promise high rates of return, and both concede that this is likely unsustainable in the long run.

The differences begin with the fact that Terra collapsed after amassing billions of dollars, whereas USDD is only about a month old and already has a market cap of about $700 million.

Furthermore, USDD does not function as an algorithmic stable coin yet, as the mechanism for the Arbitrage project has been turned off and minting new USDD is restricted to a handful of whitelisted institutions such as Alameda Research.

Given that it is closely managed by a small number of whitelisted organizations, the level of decentralization that the USDD really has is called into doubt by CoffeeZilla.

“Like all Ponzi schemes, this one says it’s different Luna failed after it offered 20% a year and attracted billions of dollars in Investments USDD is changing the game by offering something different offering double the amount of interest nearly 39.6% per year, according to their website, and they claim it’s risk-free.”

USDD is not exactly decentralized

According to CoffeeZilla, the situation is much worse than being controlled by a small group of whitelisted institutions because having access to what is almost certainly Justin Sun’s wallet; there is a clear indication of the total amount of USDD that Justin’s Son is liable for minting.

According to the investigation, the answer is 683 million tokens out of a total number of 723 million tokens that have ever been minted. This indicates that Sun has personally minted 94% of all of the tokens that are now in existence of the stablecoin, despite wanting to see USDD grow in an organic decentralized fashion.

“Not only do I obviously think this coin is offering an unsustainable yield. I think it is also a really clever way for Justin Sun to offload TRON without affecting price,” Findseisen said.

Justin Sun’s claim that he’s a big fan of decentralization he also said that’s the whole reason for the need of an algorithmic stablecoin in the first place.

“I think the most important answer, at least for myself is that an algorithmic stablecoin allows you make and take decisions in your own hands. I think these days a stablecoin is the most centralized part of the decentralized world,” Sun previously said.

The YouTuber made the allegation that  “USDD looks like a honeypot for retail traders to get dumped on by Justin Sun himself.”

The Tron DAO Reserve now has a portfolio of multiple cryptocurrencies worth a total of $2.31 billion, which it uses to back the entire amount of coins that are currently in circulation.

The reserve assets that USDD is protected by the over-collateralization of a variety of major digital assets such as TRX, BTC, and USDT.

When the collateral ratio is set at 130%, the entire value of the assets that have been collateralized is much more than the amount of USDD that is currently in circulation.

Watch the full video below: YouTuber investigators suggests USDD is a Ponzi scheme 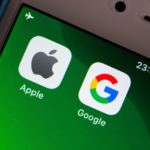