Meme cryptocurrency Dogecoin (DOGE) has extended its recent sell-offs to record a significant outflow of capital, with the asset’s price dropping below key bullish trendlines.

At the moment, Dogecoin’s market capitalization stands at $11.7 billion, recording an outflow of about $1.15 billion within the last 24 hours. Notably, on December 11, the eighth-ranked cryptocurrency by market cap had a valuation of $12.85 billion.

Although no specific factor can be tied to the ongoing Dogecoin sell-off, the asset appears to be impacted by the general crypto market correction. Indeed, several assets have begun the week negatively, losing any prospects of sustaining the minor bullish momentum registered in recent days.

By press time, Dogecoin was trading at $0.08, with a correction of almost 9% in the last 24 hours. DOGE’s weekly chart indicates that the value has plunged by almost 15%.

At the current price, the decentralized finance (DeFi) token is facing resistance at the $0.95 level. If DOGE breaches the level, the cryptocurrency will be in line to reclaim the $0.10 zone, where bulls and buyers will need more work to sustain the gains.

At the same time, Dogecoin faces a threat of further correction if the price falls below the $0.080s support level.

Notably, Dogecoin has traded well below the 2021 highs, but the digital currency has been among the standout assets amid the prevailing market correction. However, the asset found some relief Tesla (NASDAQ: TSLA) CEO Elon Musk acquired Twitter.

The acquisition has resulted in speculation that the meme coin will be integrated as a payment option on Twitter.

In the wake of the acquisition, Dogecoin experienced sustained buying pressure, with a Finbold report on December 2 indicating that DOGE witnessed an inflow of about $5 billion in market capitalization within five weeks.

Amid the correction, DOGE has witnessed increased interest from investors in the past. In this line, Dogecoin recorded a spike in demand among United States investors. In particular, the demand was highlighted by Google Trends searches for the keyword ‘Buy Dogecoin.’

It is also worth noting that the FTX crypto exchange fallout has also impacted Dogecoin, and the losses might extend further with the expected macroeconomic news coming up in the course of the week. 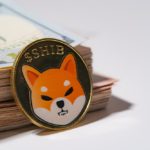