Up until now, around $20 million has been paid out from about $1 billion in cryptocurrencies sent to an Indian Covid relief fund two months after Ethereum (ETH) co-founder Vitalik Buterin’s contribution, according to Indian news outlet The Economic Times.

Cashing out an illiquid asset, dealing with government rules, and transferring the money to the correct areas isn’t straightforward, according to Sandeep Nailwal, a New Delhi-based entrepreneur who formed the India Covid Crypto Relief Fund, which received the contribution.

Buterin’s donation of 50 trillion Shiba Inu coins, or 5% of all the memecoin in circulation, triggered a 50% price drop at the time. In an interview, Nailwal anticipated that the tokens would eventually be worth $400 million.

The fund has gradually converted the tokens into dollars and subsequently rupees to comply with India’s Foreign Contribution Regulation Act, with around 80% finished so far, due to local regulations which take time to work through.

Nailwal, also the co-founder of Polygon (formerly Matic),  stated that he has been conservative with disbursement, saying that he has paid out $20 million so far and has another $20 million on the way. He wants to make sure the money gets to the people who need it most, and he’s preparing to hire a reputable audit firm to make sure everything is in order.

The fund, which was established in April in the aftermath of an unexpectedly fatal corona outbreak that killed a record number of people in India, said the fund is now focused on a prospective third wave.

It has contributed to groups that distribute food around the country, including 10 Bed ICU, which is committed to establishing mini-intensive care facilities for patients with severe cases of Covid-19 in rural areas.

In addition to the generous donations from Vitalik crypto exchange Binance announced a contribution of over 1,000 oxygen connections to India’s efforts to combat the coronavirus outbreak.

Binance CEO Changpeng Zhao revealed on Twitter back in May his plan to deliver to Indian hospitals about 175 oxygen connections worth $200,000 with the aim of sending another 1000 more. 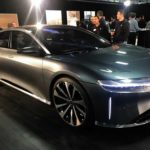