As the cryptocurrency market continues to expand and become adopted around the world as a valid alternative to traditional assets, major financial corporations are beginning to show interest in jumping on the crypto bandwagon themselves.

In one of the newest such developments, three finance giants – Citadel Securities, Fidelity Investments, and Charles Schab Corp – are joining forces to create a crypto offering that would widen access to digital assets, Reuters reported on June 7.

According to the report citing a source with direct knowledge of the matter, these three financial giants will be joined by Virtu Financial Inc to develop a crypto trading ecosystem that will allow “retail brokerages to offer crypto-executions to their customers.”

Furthermore, the project will also bring in “venture capital firms Sequoia Capital and Paradigm, as well as a few retail brokerages.”

It is worth noting that Schwab confirmed to Reuters, in an emailed statement from spokesperson Mayura Hooper, on the company having made “a minority, passive strategic investment in a new digital asset venture,” as it has recognized “that there is considerable interest in cryptocurrencies.”

As per a report by Bloomberg, this project is still early in its development and might not be ready before the end of this year or the beginning of the next.

The report quotes Susan Coburn, a spokesperson for Fidelity, who said that the company “supports efforts within the industry that provide optionality to source liquidity for our clients.”

For some of the participants, the project is a natural progression of their crypto-related plans for the future.

Recently, Fidelity has caused controversy over its plans to allow Bitcoin into its 401(k) accounts, with the U.S. Labor Department stating they pose a danger to the financial security of Americans.

As Finbold reported, Fidelity is also planning a hiring spree for crypto talents, so it could increase its crypto branch Fidelity Digital Assets, which already employs nearly 200 employees, with 210 new talents.

As for Schwab, it is currently not considering offering direct crypto trading. However, Hooper said the brokerage firm “will consider introducing direct access to cryptocurrencies when there is further regulatory clarity.” 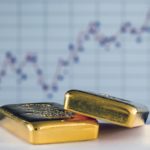