Stocks in the U.S. are looking to finish the week on a high following solid gains on the major markets. Coronavirus is still ravaging the country, but hopes of a quicker economic recovery are emerging.

A better-than-expected U.S. jobs report bolstered stock markets on Thursday as hopes for a near-term economic recovery were renewed. The S&P 500 gained half a percent to end the day at 3130, up 4.7% from Monday’s open just under 3000 points.

The Dow Jones Industrial Average closed 92.39 points higher, or just under half a percent, at 25,827 while the Nasdaq Composite hit a record high, climbing to 10,207. Solid gains this week have resulted in the Dow and S&P 500′s biggest weekly increases since June 5.

The moves were catalyzed by June’s jobs report which stated that a record 4.8 million jobs were created for the month, exceeding economist expectations which were a figure of around 2.9 million. The report also revealed that the unemployment rate fell to 11.1% from 13.3% in May. This beat the expected rate which was a higher 12.4%. U.S. economist at DWS, Christian Scherrmann, stated;

“Another major surprise here in terms of market expectations. What we’ve seen in May and June is a blueprint for a fast recovery, but only once the virus situation is under control.”

Tesla has been in the driving seat with TSLA shares soaring in premarket trading Thursday after the automaker said it delivered about 90,650 vehicles in the second quarter. Wall Street analysts expected Tesla to deliver about 72,000 for the period according to CNBC.

The motor manufacturer has trounced its opposition as second-quarter sales plunged by over than 30% at General Motors, Toyota, Fiat Chrysler and Ford. CEO Elon Musk was quick to tweet the achievement to his followers.

Commodities were also bullish this week with gold leading the pack hitting an eight-year high of $1,782/oz according to the charts. The asset has shown its strength as a safe haven in times of economic adversity this year, gaining 17.3% since January first.

Silver prices have also crept higher this week, topping out over $18/oz, though they have been generally range bound for the past month. Silver has regained all losses from the mid-March Covid-19 crash and has returned to pre-pandemic price ranges.

The U.S. benchmark West Texas Intermediary (WTI) topped $40 a barrel again this week according to the charts while Brent Crude mirrored the move ending the day at $42.60.

Cryptocurrency markets have spent the week sideways with total market capitalization hovering around the $260 billion level. Bitcoin is stuck in the low $9k range, but decentralized finance markets have hit an all-time high of $1.75 billion in terms of total value locked. 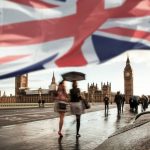