With the expansion of the cryptocurrency sector, mining Bitcoin (BTC) is becoming increasingly mainstream, and the construction of the first nuclear-powered data center in the United States that is expected to host Bitcoin mining services has recently been completed.

The 48-megawatt, 300,000-square-foot data center is directly connected to the Susquehanna nuclear power plant in northeast Pennsylvania, and its 1,200-acre campus is expected to host Bitcoin mining and cloud computing services – the first of its kind in the U.S.

“Our flagship Cumulus Susquehanna data center campus is positioned to welcome its first tenant and commence commercial operations this year. We look forward to advancing our mission to solve the energy ‘trilemma’, which we define as the rapidly increasing consumer demand for zero-carbon, low-cost, and reliable electricity by data center customers.”

Furthermore, on top of this 48-megawatt powered shell, two additional ones are in advanced development in phase 1 of the project, with a planned aggregate capacity for the campus of 475 megawatts. Cumulus Data had also identified another 18 Talen Energy sites with the potential for data centers directly connected to the power station.

The development of the zero-carbon Bitcoin mining facility called the Nautilus Cryptomine at the campus was first announced in August 2021, when Talen Energy signed a deal for a joint venture with a U.S.-based cryptocurrency mining firm TeraWulf.

Although the operations on the construction of the Bitcoin mine were briefly suspended in early December last year, TeraWulf recently said it was in the early phase of ramping up its mining operations, for which it expects to provide 50 megawatts of net mining capacity in Q1 2023.

In another low-cost Bitcoin mining effort, the Virunga National Park in eastern Congo is mining Bitcoin using hydro-electricity to provide the necessary funding to protect the forests and wildlife in Africa’s oldest protected park, affected by years of militia violence, deforestation, and poor government assistance.

Zero-carbon Bitcoin mining is possible using sunlight as well, with the help of solar panels. In order to successfully operate this way, an Antiminer S19, which uses 72 kWh per day, would require a 14 kWh solar system, or about 35 standard 400-watt solar panels.

In March 2022, Finbold also reported on Peter Egyed, also known as AZ Hodl, installing an off-grid solar array for his Bitcoin mining operation, for which he expected to make a return on investment (ROI) within 36 months. 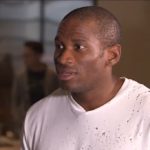