The oldest bank in the United States, BNY Mellon, has received regulatory approval to offer cryptocurrencies to its select customers interested in Bitcoin (BTC) and Ethereum (ETH).

The approval issued by the New York regulator will see the lender become the first mainstream bank to offer cryptocurrencies alongside traditional products on the same platform, Wall Street Journal reported on October 11.

As per the license requirements, the bank will store the keys required to access and transfer customer cryptocurrencies alongside offering bookkeeping services. The bookkeeping on cryptocurrencies will affect fund managers for their portfolios, including stocks, bonds, commodities, and other assets.

BNY Mellon’s plan was unveiled in early 2021. The institution intended to hold and transfer cryptocurrencies for investment firms and offer custody services that have been integrated into its accounting services.

Notably, to adhere to regulatory requirements, the bank has contracted blockchain firm Chainalysis to analyze and track the movement of cryptocurrencies transacted by the bank.

The services are expected to go live later this week, with BNY Mellon planning to expand to other customers after meeting the regulatory requirements.

“Touching more than 20% of the world’s investable assets, BNY Mellon has the scale to reimagine financial markets through blockchain technology and digital assets. We are excited to help drive the financial industry forward as we begin the next chapter in our innovation journey,” said Robin Vince, Chief Executive Officer of BNY Mellon.

Furthermore, BNY Mellon added an internal survey indicating that there is institutional demand for a scalable financial infrastructure that can support both traditional and digital assets.

The move by the bank is monumental, considering that most lenders have stayed away from adopting cryptocurrencies, with regulation ranking as the primary concern. At the same time, crypto market volatility is regarded as a significant barrier to attracting traditional banks.

However, the bank’s decision partly validates the crypto space as a legit sector that can be a source of new customers for traditional players. 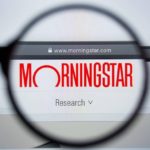 Where to invest in Q4 2022? Morningstar's top picks