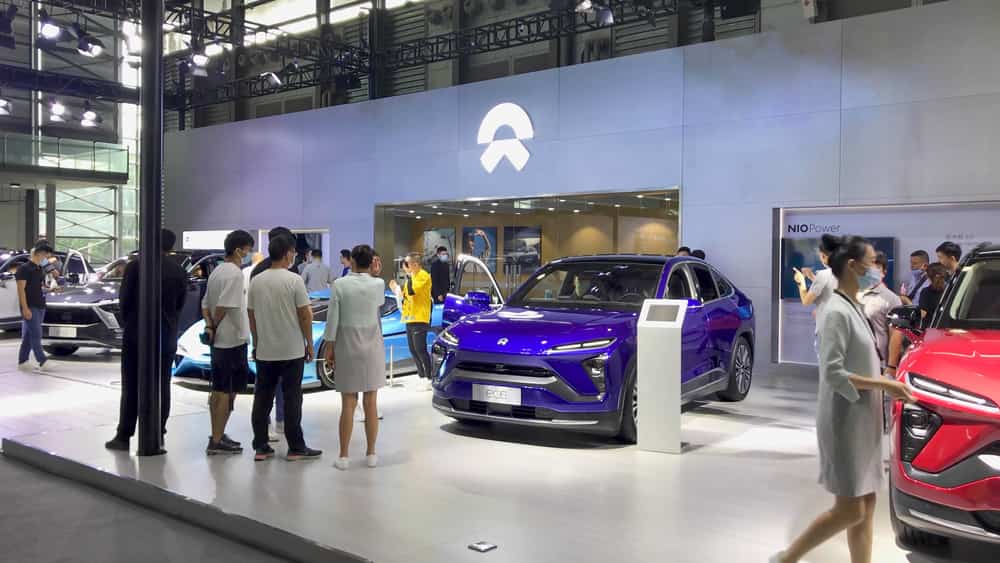 NIO had geared up for its annual Nio Day celebration at the weekend, showcasing its services, energy solutions, software, and other products on its electric vehicles (EV). However, the company’s overall market performance over the past year has been below standard.

Whatsmore, the medium- or short-term outlooks are not optimistic, as the company’s bearish momentum is bolstered by its trading below its 20-day, 50-day, and 200-day simple moving average lines. In particular, NIO has been trading in a broad range of $28.02 – $43.12 during the past month, and it is now trading at the lows of this range, which is not a positive sign.

Furthermore, the stock is currently setting a new 52-week low which is another highly concerning indicator. In comparison, The S&P 500 Index is now trading at the higher part of its 52-week range, indicating that NIO is trailing the broader market. With decreasing precipitously recently, it is best to avoid taking any new long holdings at this time.

In all, eight out of nine experts recommend that traders ‘Buy’ NIO stock, with one analyst advising investors to ‘Hold’.

Thus, Nio stock now has a consensus recommendation of ‘Strong Buy,’ since it has a 102.23% upside potential from its average price objective, making it an intriguing buy for both traders and investors.

NIO and other Chinese stocks getting hit hard

Nio shares saw their first major shock on Monday, December 13, and the negativity persisted throughout the rest of last week.

Notably, the Securities and Exchange Commission (SEC) is increasing its scrutiny of foreign-based companies in the United States. In particular, the SEC is putting into effect a regulation that would compel foreign corporations to submit financial statements and other supporting data for auditing, failing which their stocks may be barred from trading on U.S. stock exchanges.

China is already well-known for its non-compliance with disclosure regulations in the United States, which is why Chinese equities such as Nio have taken the brunt of the fallout from the SEC’s decision.

Furthermore, Evergrande Group’s failure to make debt payments, after having kept markets across the world on edge for weeks, has fueled concerns about a possible property and financial crisis in China, which might slow the economy’s development. This is another concern for Nio as the last thing the company wants is to see its home and main market cool off.

Meanwhile, the level of competition continues to rise not just in the broader EV market but closer to home for NIO in China; for example, competitor XPeng (NYSE: XPEV) plans to begin deliveries of its G9 SUV, which will be equipped with an advanced supercharger, in the second half of 2022, according to the company.

Furthermore, the Chinese electric vehicle manufacturer BYD (OTC: BYDDY), which has the biggest number of top-selling EVs in the country, recently stated that its November new energy vehicle sales increased by 252.7% year over year to 90,121 units, according to the company. BYD’s Tang SUV is also now available in Norway, which happens to be the first overseas market that Nio has reached.

In addition, Toyota Motors (NYSE: TM) said on December 14 that it would spend a staggering $70 billion on all types of electric cars between 2022 and 2030, with half of that amount going toward battery-electric vehicles adding further competition.

Despite the doom and gloom, Nio may experience a spike on Monday with news coming out of its latest event. Depending on how the event has been perceived abroad, the stock might see a significant increase in value this week.

Nio showcased its ET5 mid-size smart electric sedan at Nio Day 2021, which took place in Suzhou. The car is the fifth model from the Chinese electric vehicle manufacturer to be mass-produced.

The ET5 is equipped with the most up-to-date NIO Autonomous Driving technology, which is reported to be on its way to providing a safe and comforting autonomous driving experience in situations such as highways, metropolitan areas, parking, and battery swapping progressively over time.

The firm also emphasized the importance of its energy and battery charging activities. Nio claims to have installed 3,348 destination chargers and 3,136 superchargers around China, while the installation of home chargers has reached 94,000 consumers.

Finally, the ET7 will be introduced to the European market, first in Norway and Germany, but NIO has already revealed intentions for further expansion into other countries. NIO EVs will also be available in the Netherlands, Sweden, and Denmark starting in 2022, and the company expects to expand to over 25 nations and regions globally by 2025.