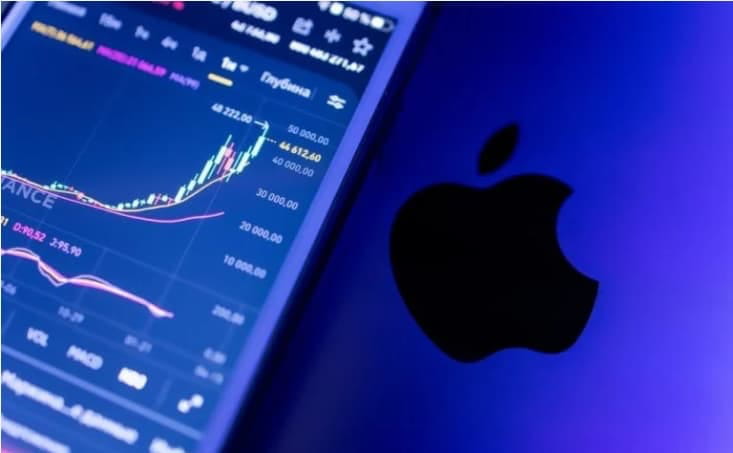 Apple’s (NASDAQ: AAPL) stock fell 2.70% on Monday and ended at $142.45, mirroring the Nasdaq Composite’s 152-point sell-off amid growing worries that the Delta covid strain might jeopardize the global economy.

The iPhone maker was struck by reports that spyware from Israel-based surveillance software business NSO Group could penetrate even the latest generation of iPhones via zero-click assaults.

AAPL shares dropped for the third day in a row, retreating from an all-time high of $149.98; the previous high at $145.09 serves as an intermediate support level since it coincides neatly with the 9-day moving average. If this level is broken, we might witness a pullback back to $137-135.

After a brief surge in June up 7.67%, investors are now waiting for the company’s third-quarter results report, which will be issued next week, before making their next move.

U.S. EV sales boom, on track to account for 60% of all car purchases by 2030 Germany’s housing boom is coming to an end, data hints Legal liabilities drag 3M (MMM) stock down to a 9-year low

Apple stock continues in a strong positive upswing, but the short-term end goal appears to be less certain now that the larger market has turned around. We have already passed the most bullish period of the year, the first two weeks of July, and are entering the results season with relatively high values.

Wedbush Managing Director Dan Ives believes Apple may reach $3 trillion in market value within a year due to a robust consumer product cycle. However, strong performance does not always imply strong stock values. Apple’s second-quarter earnings were more than 40% ahead of Wall Street analyst estimates, yet the stock plummeted in the days and weeks after the announcement.

Despite the stock’s recent decline, Wall Street experts predict the AAPL stock will reach $158.62 in the next 12 months, reflecting an 11.35% increase over the current price of $142.45, with the highest estimate being $185 and the lowest forecast being – $90.

Similarly, based on the price forecasts of 27 TipRanks analysts’ stock recommendations for AAPL over the previous three months, a strong majority of twenty reiterate ‘Buy,’ while five advocate ‘Hold.’ Notably, just two people recommend ‘Sell.’ As a result, the majority of people regard Apple as a moderate buy.

With the average projected price of $158.62 having a potential upside of 11.35% over the current price of $142.45, the stock may interest both investors and traders.

The current rise to new record highs that we have been predicting since early June has stalled below the $150 mark. Thus, the market appears to have finally begun to lose its positive momentum, with the S&P 500, Nasdaq, and other indexes all experiencing further losses on Monday.