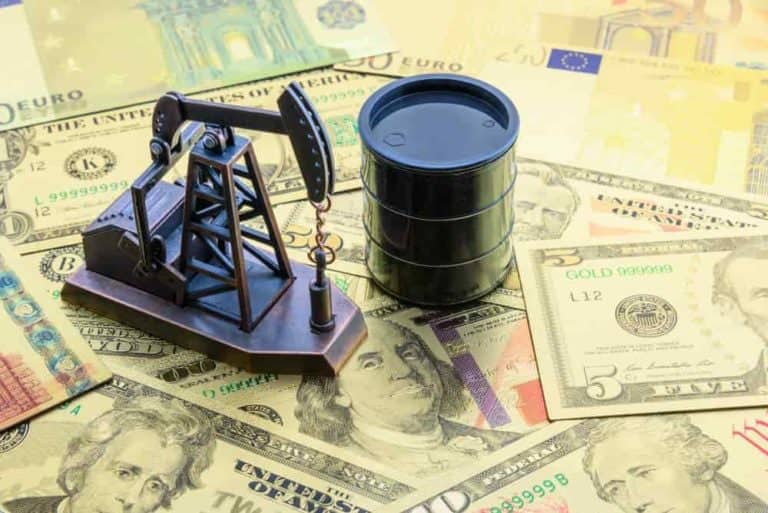 The price of Brent crude oil has been a leading conversation matter in the last couple of weeks with prices continuing to rise following Russia’s invasion of Ukraine.

Speaking on Bloomberg Surveillance, global commodities head at Bank of America, Francisco Blanch, expects Brent crude oil to soar to $150 a barrel by this summer, with a probable “ugly scenario” leap beyond $200 per barrel if European countries implement oil sanctions on Russia.

Despite the expectation that the war will be lengthy and have long-term ramifications for the commodities markets, some analysts believe Brent could rise above $150 per barrel by June before swiftly going back down.

According to the commodity guru:

“The Ukraine crisis has probably lifted the entire expectation by at least $25 to $30 a barrel so we actually do have a $150 target for the summer in our baseline scenario and an average of $110 for the year.”

Morgan Stanley, BofA raise dividends after the 2022 bank stress test Is Bank of America a buy or is there more pain ahead for BAC stock? Bank of America is ‘cautiously optimistic’ as consumer spending up 9% in May

“It could still get worse, right. I mean I don’t want to sugarcoat this. It’s a very bad situation and Europe could still opt to restrict Russian oil purchases in which case we would see meaningfully higher prices. That’s what we call our ugly scenario where Russian supplies not only get disrupted by a million or million and a half barrels a day but up to four million barrels a day.”

Oil prices could get a lot worse

When it comes to the petroleum product markets, Blanch noted things are not looking good and might yet become much worse. In fact, he pointed out diesel prices right now have already surpassed the high peaks reached in the year 2000 and 2008.

“So it’s not just crude oil itself. It’s also some of the petroleum products and again diesel is the basis of the economy, it’s the basis of everything we do from harvesting to industry. Diesel is connected to jet fuel which is obviously flying but also trucking so really the backbone of the economy is being very impacted by these exceptionally high fuel prices.”

In terms of the worst-case scenario, or what the global commodities head at Bank of America calls the ‘ugly scenario’ would be $200 a barrel or more.

“The way we get is pretty simple. If you think about a million barrels a day of disruptions from russia equates to $20 to $25 dollars a barrel on the price, so if we get to you know go from a million plus to two to four million or so we we have to add sixty to seventy dollars a barrel to our baseline spike scenario,” Blanch said.

As a result, BofA head notes imposing limitations on Russian exports has proven tough since sanctioning a very significant commodity producer like Russia would eventually result in you paying a higher price as a large importer, which the European Union notably is.

Thus, limiting energy supplies from your main supplier, Russia (which delivers around one-third of Europe’s energy), would effectively result in an increase in energy prices that are already near record highs.

Finally, as the European Union is debating whether or not to ban Russian oil, Finbold reported on March 22 due to the current situation around oil, Saudi Arabia has announced it invested $50 billion to increase its oil production capacity.

Watch: BofA says oil could rise above $200 a barrel