According to Sorkin, Bankman-Fried is likely to get more charges, noting that the FTX collapse has co-conspirators who are likely to be arrested in the coming days, he said during an interview with CNBC on December 14.

He noted that with the charges being conspiracies, there is a high possibility that other perpetrators are likely to be arrested once the investigations are complete. However, the lawyer pointed out that different factors will influence the sentence against Bankman-Fried.

“But the fact that there are numerous conspiracies leads me to believe that this investigation is far from being over. <…> It is not likely that defendants will get the maximum sentence. But the mail fraud, the wire fraud, the conspiracies, the maximum is 20 years. And judges, of course, in sentencing are going to factor a lot of things in, none of which we know about at this time. But he’s facing many, many, many years in prison,” he said.

Interestingly, Bankman-Fried was arrested just a day before appearing in the United States Congress, and Sorkin suggested the move was likely made to bar SBF from fleeing. According to the lawyer:

“It could be that the timing was, and I’m speculating, totally speculating, there was some discussion perhaps that he was secreting money around the world in different countries that he was going to skip to that didn’t have a strong extradition treaty with the United States.”

Following the FTX collapse, Bankman-Fried embarked on a series of media tours attempting to explain what happened. In general, the former FTX CEO has denied any wrongdoing in the crisis, maintaining the issue caught him by surprise.

In a previous Finbold report, Sorkin had cautioned Bankman-Fried against speaking publicly against the matter. The attorney noted that the media tours would have little impact on changing the public perception of SBF’s role in the FTX collapse.

After weeks of speculation, Bankman-Fried was arrested and charged in the Bahamas with U.S. prosecutors alleging that he had used a scheme to defraud FTX’s customers by misappropriating their funds to pay for expenses and debts to make investments on behalf of his cryptocurrency hedge fund, Alameda Research.

In his first-ever audio interview, Bankman-Fried claimed that the FTX collapse was not caused by a liquidity crunch but by what he termed a ‘massive correlation of things during a free market moves.’ 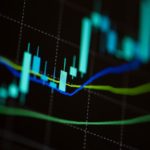 Most resilient cryptocurrencies of the week: Top 3 coins