Despite its growth since its inception, the cryptocurrency sector still has a lot of naysayers but doesn’t lack bullish supporters either, one of whom is Mike Novogratz, the CEO of crypto investment firm Galaxy Digital.

Speaking at the Bloomberg Crypto Summit, Novogratz said that Bitcoin (BTC) would undoubtedly reach $500,000 in the next five years or so, due to its unique features and adoption pace, eMoney Financial reported on July 19.

Among these Bitcoin’s special features, he listed the fact that it was “tailor-made to being an anti-inflation store of value,” as well as being “easily transferable and so it’s better than gold in so many ways.”

Furthermore, the billionaire ex-fund manager also said that the debt-driven global financial system was stoking excessive consumer price inflation and that Bitcoin could work as a unique way to store wealth over the long term.

Bloomberg’s Misyrlena Egkolfopoulou and Sonali Basak reported on July 19 that Novogratz also said that the recent turmoil in the crypto market was a “full-fledged credit crisis” and admitted he was “darn wrong” about the magnitude of the leverage in the system.

“What I don’t think people expected was the magnitude of losses that would show up in professional institutions’ balance sheets and that caused the daisy chain of events. (…) It turned into a full-fledged credit crisis with complete liquidation and huge damage on confidence in the space.”

It is worth noting that Novogratz was also a major promoter of Terraform Labs, acknowledging that the lesson he learned from its downfall was that the industry and retail investors “really had very, very little concept of risk management.”

Novogratz also slammed regulators for not doing as much as they could to protect retail investors and letting institutions take on an immense amount of leverage, adding that his heart doctor lost $1 million in the Celsius collapse.

However, he also stated his view that the “worst is over” for the crypto market and that the argument for Bitcoin was still strong, especially as central banks around the globe fight inflation.

Back in June, Novogratz voiced his predictions that in order for the crypto market to recover, the Federal Reserve would need to back down and “take its foot off the brake,” as well as that the majority of hedge funds investing in digital currencies would go bankrupt, as Finbold reported. 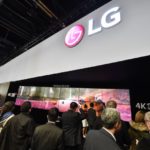