Cryptocurrency exchange Binance has recorded a sustained wave of withdrawals after concerns emerged regarding the state of the trading platform’s reserves.

On December 12, the exchange recorded its highest daily withdrawals since June, with the figure hitting over $2 billion in net outflows to surpass other trading platforms, according to data provided by cryptocurrency analysis platform Nansen.

The net outflows impacted Ethereum (ETH) and other ERC20 tokens on the platform. Notably, net outflows refer to the difference between the value of cryptocurrencies arriving and leaving the exchange.

Indeed, the high value of withdrawals comes at a period investors are still concerned with the state of their holdings on cryptocurrency exchanges, just a few weeks after the FTX collapse. Indeed, the situation pushed the exchanges to publish their proof of reserves to win investor confidence.

Notably, Binance published its reserves claiming it has Bitcoin (BTC) holdings that are overcollateralized. However, the document has come under scrutiny, with analysts pointing out that the reserves are of a narrow scope.

“On USDC, we have seen an increase in withdrawals. However, the channel to swap from PAX/BUSD to USDC requires going through a bank in NY in USD. The banks are not open for another few hours. We expect the situation will be restored when the banks open,” Zhao said.

Crypto investors have been on edge following the FTX collapse and the subsequent arrest of founder Sam Bankman-Fried. Fears have been rife that the fallout from FTX might spread to the rest of the market partly contributing to the withdrawals.

Besides concerns about Binance’s reserves, the withdrawals have coincided with reports of a possible criminal prosecution of Binance by United States regulators. As reported by Finbold, the Department of Justice is split on whether to charge Binance for unlicensed money transmission, money laundering conspiracy, and criminal sanctions violations.

If the charges are to be formalized, Binance executives, including Zhao, are likely to face legal action in the U.S.

The development saw Binance native token BNB momentarily slump. By press time, the token was changing hands at $278 with gains of less than 1% in the last 24 hours. 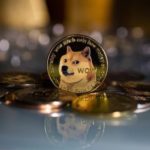