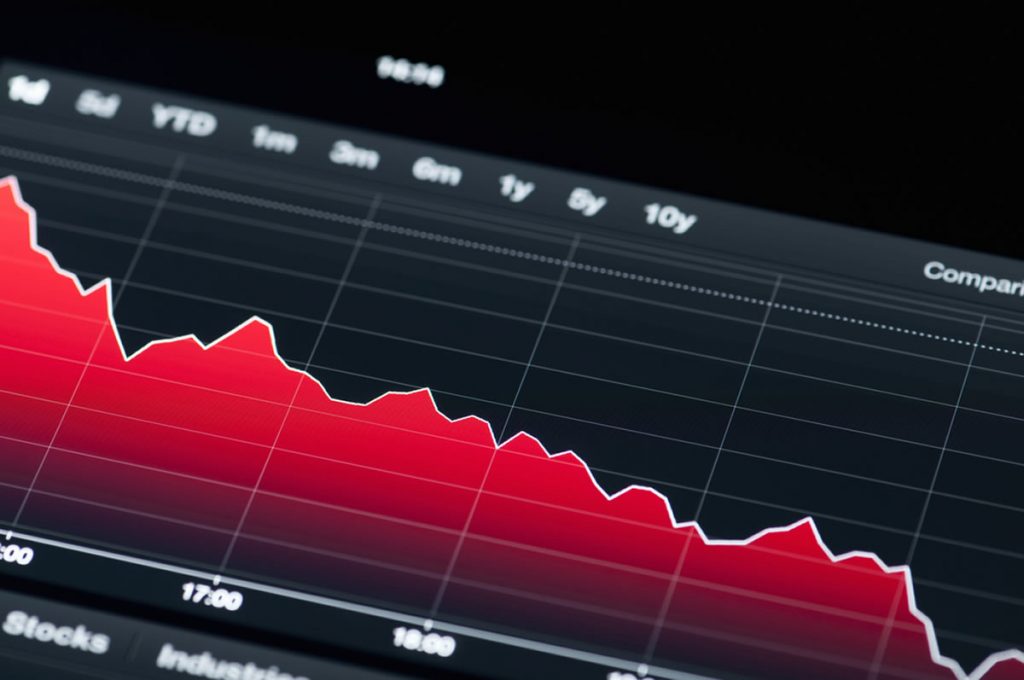 Crypto asset markets are in the red this Monday morning following a retreat from Bitcoin over the weekend. The world’s premier digital currency failed to break resistance and started to slide on Sunday.

Total market capitalization for the industry has declined by $15 billion over the weekend, falling to $255 billion during Monday morning’s Asian trading session.

There had been very little movement over the weekend, but things started to turn south by Monday as BTC fell back to support according to Tradingview.com.

Analysts have turned increasingly bearish with several sub-$9k predictions emerging over the past few hours. Bitcoin is currently trading around support at $9,100 but this is likely to break leading to further declines into the $8k range.

Analyst ‘CryptoHamster’ has noted a breakdown in the triangle formation and resistance forming on the diagonal support line. All of the signals are bearish at the moment.

“If this correction continues, the 100- and 200-days moving averages could be considered as the next support levels.”

The 50 day moving average has already been broken, while the 200 day moving average is currently around the $8,200 level. There is heavy support at around $8,700 which was the previous low, a drop below this could see prices back at $8k very quickly.

Bitcoin’s plunge has virtually mirrored what has been going on with stock markets recently, which certainly questions its ability to act as a safe haven in times of crisis.

As usual, the rest of the cryptocurrency market has blindly followed its big brother back into bearish territory. The top 50 altcoins are all in the red this morning and some are getting hit hard.

Ethereum, which has been performing well over the past couple of months, has dumped 6% in a slide back towards $220. The asset has strong fundamentals with the successful testing of proof-of-stake, the rebound of DeFi markets, and solid on-chain metrics. However, these factors are still not enough for ETH to decouple from BTC and trade on independent momentum.

Cardano, Stellar, Chainlink and NEO are all taking a 7-8% hit this morning as they fall harder than the rest. Most of the others in the top twenty are dropping between 4 and 6 percent.

Most of the stablecoins appear to be trading fractionally higher than their pegs but this usually occurs when there is a market wide selloff. If Bitcoin technical signals are anything to go by, there will be more pain before any gains.