Andrei Stanciulescu, the founder of cryptocurrency signals provider Sublime Traders, has said bitcoin could hit $80,000 by the end of the year amid the ongoing price volatility accompanied by sideways trading.

Speaking to Kitco News, Stanciulescu noted that as the bitcoin continues to trade downwards, it forms resistance levels that will act as a key catalyst in propelling the asset to $80,000.

He acknowledges the volatility around bitcoin is due to the negative news around the asset, especially on the regulatory front. Furthermore, the renowned trader states that the drop in bitcoin price from the April all-time high is due to slowed interest from institutions that began taking a profit.

According to Stanciulescu, once bitcoin has weathered these shortcomings, it will gradually build a bullish momentum towards the projected price target.

“I think by the end of the year, if we complete this formation fast, I would like to complete it fast rather than have a sideways motion for four months. If we completed pretty fast, we have a chance to have around $80K or even more in the price of Bitcoin,” said Stanciulescu.

Stanciulescu added that at the moment, retail investors have no power to push bitcoin towards significant price levels. However, he acknowledges that institutions still play a vital role in the asset’s future price movement.

Bitcoin can correct to $15k

Stanciulescu also warns that amid the going bitcoin volatility and sideways trading, the cryptocurrency could plunge to a low of $15,000 in 2021. By press time, bitcoin was trading at $32,467 according to data provided by CoinMarketCap, dropping at least 17% in the last seven days.

The drop in bitcoin price has been accompanied by news around increased regulatory crackdown, especially in jurisdictions like China.

Related video: The short-term momentum for Bitcoin continues to be down, said Andrei Stanciulescu, founder of Sublime Traders 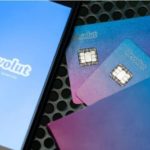