Cryptocurrency ATM network company Bitcoin Depot has emerged as one of the fastest-growing private entities in the United States in 2021.

In a press statement, Bitcoin Depot CEO Brandon Mintz noted that the inclusion reflects the company’s efforts to expand and foster a unique identity in the industry despite challenges like the pandemic. According to Mintz:

“We have worked rigorously over the past several years to expand our business and build a successful company with a unique identity and culture. Given last year’s unexpected circumstances and the pandemic environment, we were fortunate that we were able to continue building our brand while serving the underbanked community on a global scale by providing access to basic financial services.”

The company launched five years ago has grown 1,336%, operating over 4,000 crypto ATMs to date. Under its expansion plans, it recently unveiled an exclusive international partnership with convenience store chain Circle K with operations in the U.S. and Canada.

As an established player in the sector, Bitcoin depot is also leading the global installation of crypto ATMs. According to our previous report, 1,200 new Bitcoin ATMs were installed in August 2021, representing around 47 machines daily.

The growing popularity of cryptocurrencies has inspired the installation spree as some countries gear up to declare Bitcoin a legal tender, especially in South America. Players in the sector are now focusing on the region, with countries like Honduras recently receiving their first Bitcoin ATM.

Furthermore, amid the crypto rally recorded early this year, leading Bitcoin ATMs firm Coin Cloud announced a plan to install an additional 8,000 machines worldwide by the end of 2021. 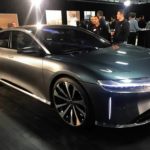