Leading bitcoin ATMs firm Coin Cloud is planning to leverage the asset’s increasing demand by installing additional 8,000 machines worldwide by the end of 2021.

In an interview with a local news outlet News3lv.com, the firms’ founder Chris McAlary said Coin Cloud has already installed 2,000 machines globally. If the new target is met, the figure will surge by a whopping 400% in a year.

The firm’s founder notes that there is an increasing demand for bitcoin as the asset grows in popularity.

“It’s booming. We’re really excited. 2021 is sort of the year of the enterprise mainstream adoption of the digital currency machine.”

Coin Cloud has already installed 16 machines in Las Vegas, and McALary notes that the city is perfect for bitcoin ATMs due to international tourism.

He acknowledges that bitcoin has evolved to become a key means of transmitting money globally. According to McALary, Las Vegas will have more bitcoin ATMs in casinos, grocery stores, coffee houses.

Coin Cloud’s expansion is in line with a recent research report that shows that the global crypto ATM installation rate stands at one machine per hour. As of April 6, 2021, the total number of cryptocurrency ATMs globally stood at 17,827. By June, the research projects the figure to hit 20,000.

The growth in ATMs reflects bitcoin’s rally amid the almost $65,000 new all-time high. The latest record price comes after the crypto exchange Coinbase debuted on Nasdaq. Furthermore, the entry of other institutions like Tesla (NASDAQ: TSLA), PayPal (NASDAQ: PYPL), and Visa (NYSE: V) has acted as a catalyst to the ongoing rally. 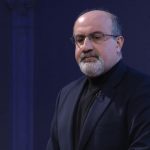 Bitcoin failed as a currency and is an open Ponzi scheme, Nassim Taleb says