A distinguished author, mathematical statistician, scholar, and “The Black Swan” author Nassim Taleb publicly revealed why he thinks that bitcoin failed as a currency and why the digital asset operates like an open Ponzi scheme.

In his recent tweets, Taleb says that the ideal crypto asset and currency is beyond the control of a central authority, is capable of rapid transactions, reliable, and serves as a store of value, but the flagship cryptocurrency falls short of these attributes.

He then said that bitcoin works like a Ponzi scheme, a type of fraud that generates profits for earlier investors using funds from later investors.

Taleb is known for his critical stance on the current finance industry, the monetary system, and recent financial crises. He was initially optimistic about bitcoin, but his recent statements reveal he becomes increasingly critical of the digital asset.

In February, he tweeted that he was selling some of his Bitcoin, citing the volatile nature of the king coin. He also criticized people in the crypto community.

“A currency is never supposed to be more volatile than what you buy & sell with it. You can’t price goods in BTC,” he wrote. “In that respect, it’s a failure (at least for now). It was taken over by Covid denying sociopaths w/the sophistication of amoebas.”

Taleb’s comment comes amid growing interest in the largest cryptocurrency by market cap as institutional investors jump into the crypto space. Traditional banking institutions and companies like PayPal (NASDAQ: PYPL) and Tesla (NASDAQ: TSLA) are also rolling out support for the digital asset, driving the transition of bitcoin as a new asset class and payment medium.

Amid public excitement over Tesla accepting BTC as payment, Taleb warned about the firm’s bitcoin payment terms and conditions.

He said that Tesla has the free option in giving refunds to customers, which could mean that when bitcoin loses a lot of value, the electric car maker can return customers’ payment in bitcoin, but if the value of BTC appreciates, the company may give the refund in dollars. 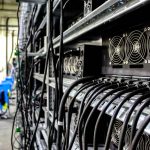