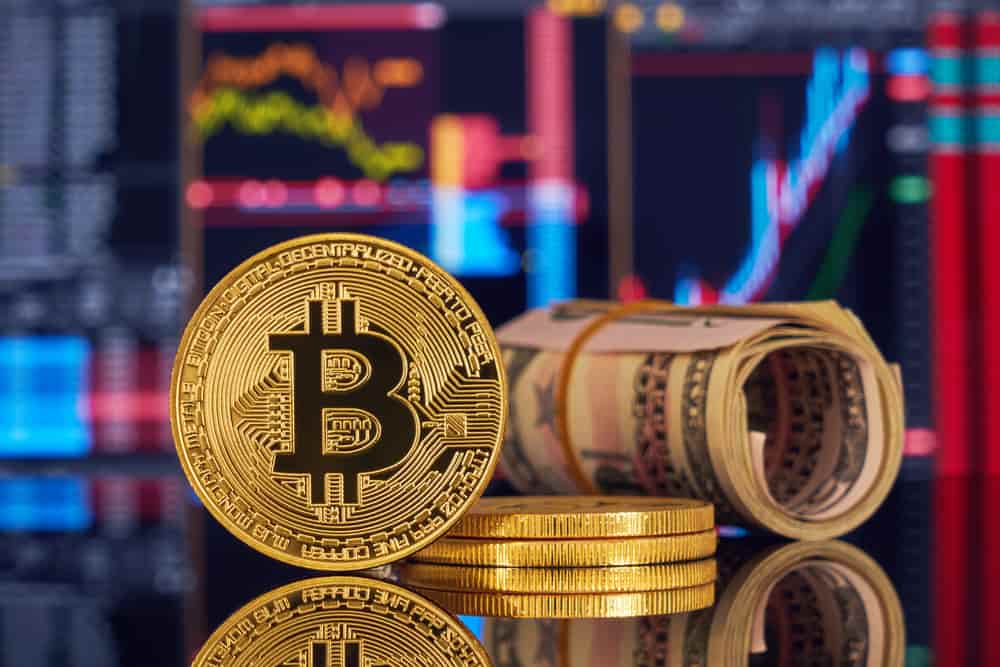 Cryptocurrency prices surged on Monday as Bitcoin’s value broke the $51,000 barrier; the flagship digital asset is currently trading at the upper end of the $51,000 threshold, edging closer to the $52,000 mark in the near term.

For the second time in two weeks, Bitcoin reached the $50,000 mark last week, extending the climb that has put the May selloff in the rearview mirror.

Despite the fact that the largest cryptocurrency is notorious for its volatility, gains may have been lost in the surge of rising prices throughout the whole asset class Bitcoin is currently trading at $51,781, up 3.66% in the last 24 hours up 7.91% in the last week alone, according to CoinMarketCap.com.

Indeed, Bitcoin has finally broken over the critical $51,000 psychological barrier and now confronts the next significant psychological hurdle at $55,000 thanks to an increase in volume and momentum for the asset, which is usually a positive indication for investors.

Whatsmore, global stagflation fears have weighed on the market. Due to massive outflows of US government debt, investors are flocking to risky investments such as macro hedge funds; thus, cryptocurrencies such as Bitcoin have soared due to this.

The market increase indicates a considerable week-to-week rise in the crypto space. However, there was a minor reduction in trading volume, which was to be expected during the weekend. On Monday, the bulk of cryptocurrencies were trading with modest gains after a brief bout of profit-taking.

“Many #Altcoins are looking beautiful on the $BTC and $ETH pair. Ready for a big breakout to take place, resulting in a potential altseason.”

Ethereum (ETH), the biggest Altcoin, has been moving closer to the $4,000 level. At the time of publication, ETH is changing hands at $3,946, up 1.81% in the last day and 24.16% over the previous seven days. The fact that ETH has been stabilizing around the present price point for the last several days suggests that the largest Altcoin may be preparing for another major rise.

Furthermore, Solana (SOL), Ethereum’s closest competitor, has had a meteoric rise in value during the past two weeks. Despite SOL’s share price falling over the weekend, the asset has recovered ground on Monday and is back trading $145.78, up 4.10% in the last 24 hours and 44.81% in the previous week. Ultimately, If positive momentum continues, the cryptocurrency markets might have a fascinating week ahead.