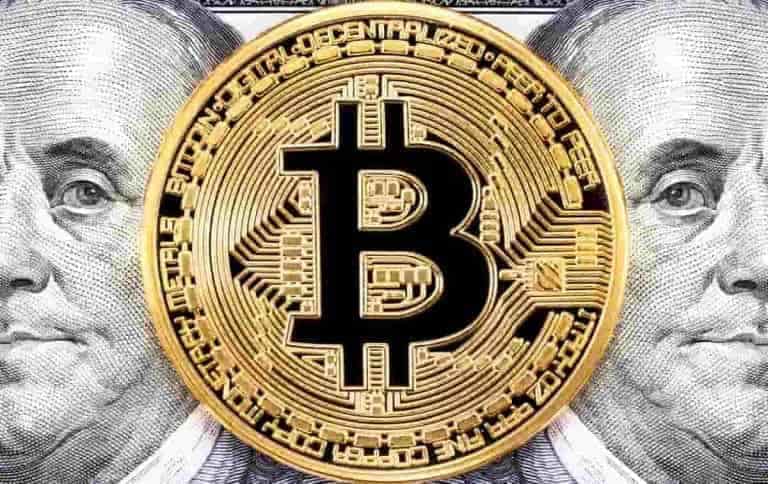 As a result of Bitcoin’s (BTC) decline from its all-time high of around $69,000 in November 2021, many investors are unsure as to which route the flagship digital currency will go next, leading to a mixed mood in the market.

According to data compiled by Finbold, the price of Bitcoin is up 46.44 % year over year (YoY) on January 1, 2022, when compared to the price of BTC on the same day a year ago, as per CoinMarketCap statistics.

Although Bitcoin is failing to trade above the critical $50,000 level as we start the new year, the cryptocurrency community thinks that the asset will be worth more than its current price.

With over 110,000 votes, the cryptocurrency community at CoinMarketCap.com, which has a historical accuracy percentage of 90.75 % in forecasting Bitcoin’s price, has predicted that the flagship digital currency will trade at about $52,600 by the end of January 2021.

In spite of Bitcoin’s rocky finish to the year, investors anticipate that prices will rebound and finally hit new highs in the near future. The recent oscillations in the market, on the other hand, signal that the price may go either way.

According to the forecast, the Bitcoin community expects the cryptocurrency to experience a brief winter, with the price of Bitcoin expected to stay relatively stable for the first two months of the year. The fact that the most recent severe crypto winter occurred in 2018 after Bitcoin reached an all-time high of $20,000 in December 2017 is noteworthy.

“Bitcoin is having its worst Dec. since 2013 when it fell by 33%. It then took over four years for the price of Bitcoin to recover to its 2013 high. This year’s 20% plunge is far more significant, as the current market cap is 50x greater, lot’s more leverage and far more hype!”

Despite the pessimistic view outlined above, a number of Bitcoin price records had been set in 2021, culminating in a peak of around $69,000. Nevertheless, it is not known how long the crypto winter will persist in this particular instance.

Overall, Bitcoin has had a difficult time since reaching its all-time high, which has been exacerbated by fears about increased regulatory scrutiny throughout the globe.

Nonetheless, Bitcoin is expected to expand on the advances achieved in 2021, which witnessed record acceptance by institutions, as well as the declaration of Bitcoin as legal tender in El Salvador, among other things.

At the same time, it is assumed that growing inflation would have an influence on the estimated price. Several market experts predict that inflation will rise and that Bitcoin and its supposed hedge again inflation thesis will be put to the test.

General partner and founder at Race Capital, Alfred Chuang, suggested BTC would be able to resist any threat from increased interest rates.

“I’m sure that everything is subjective volatility as we have seen in March of 2020 when the whole market went down, Bitcoin also goes down. So I don’t think Bitcoin is completely immune from volatility itself, but if you look at this as a hedge, it is a terrific long-term hedge for currency volatility,” he said.

Meanwhile, Harry Yeh, founder and managing partner of Quantum Fintech Group, feels that if the dollar continues to be devalued, it will continue to drive a surge in the price of Bitcoin.

According to Yeh, current Federal Reserve practices, such as increased money production, will contribute to the rise of Bitcoin. These variables are expected to have an impact on the asset’s price in the next year.