Robert McCauley, an associate member of the Faculty of History at the University of Oxford has suggested that despite Bitcoin being touted as the biggest performing asset of 2021, the number one ranked cryptocurrency is ‘worse’ than the infamous Ponzi scheme.

In an opinion article published by the Financial Times, McCauley noted that comparing Bitcoin to the Ponzi scheme is an understatement because both do not have the same endgame and constitute a ‘deeply negative-sum.’

The scholar suggested that investors who opt to purchase Bitcoin are not guided by the goal of generating an income, but it is a zero-coupon for long-term returns as it promises nothing.

According to McCauley, Bitcoin has no fundamentals for investors to make money unless they sell their holdings to another person.

Furthermore, he projected that Bitcoin’s collapse would be more catastrophic than the Ponzi scheme and triggered several factors.

Notably, he cited the crash of stablecoins pegged on the dollar as a critical weak point for Bitcoin. McCauley opines that the collapse of stablecoins with a significant market size can easily disrupt the entire crypto ecosystem.

“These “unregulated money market funds” have been sold as dollar stand-ins with safe assets that match their outstanding liabilities. Given the lack of regulation and disclosure, it is not hard to imagine a big stablecoin breaking the buck,” said McCauley.

He added that Bitcoin’s cash flow is similar to a penny stocks pump-and-dump scheme that builds on the Ponzi scheme. The scholar insinuated that investors acquire Bitcoin, which he termed as worthless, and it taps into the desire for making profits.

Elsewhere, McCauley believes that Bitcoin will have an ongoing cycle of pumping and dumping with fear of missing out as a catalyst. Consequently, he thinks the cycle will lead Bitcoin to have a different ending, unlike the Ponzi scheme.

‘Only miners are benefitting’

Like the Ponzi scheme, McCauley notes that only a few people in the Bitcoin ecosystem benefit. He singled out miners maintaining that they are guaranteed profits as long as the network is still running.

With Bitcoin creator Satoshi Nakamoto remaining anonymous, McCauley stated in case of losses, investors will have no central person to pursue their lost money.

McCauley nows adds to the number of scholars who have dismissed Bitcoin’s position in the financial system. As recently reported by Finbold, Cornell University senior professor of international policy Eswar Prasad suggested that the asset’s existence might not last long.

According to Prasad, Bitcoin lacks efficiency and inability to facilitate payments. 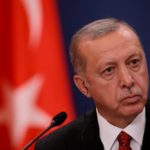